SINGAPORE - More students will soon be able to deepen their interest in mother tongue languages, as the Ministry of Education (MOE) expands efforts to encourage multilingualism.

A two-year programme that weaves in creative ways to learn Chinese, Malay or Tamil literature through immersion trips and camps will be offered in 15 secondary schools from next year.

The Language Elective Programme (LEP), which has been available in a few junior colleges (JCs) since 1990, will also be expanded to National JC, Raffles Institution and Anderson Serangoon JC next year.

Education Minister Ong Ye Kung announced these plans on Tuesday (May 28), saying: "It is timely for us to reinvigorate our efforts in language learning, particularly our mother tongue languages. It will be an effort fit for the times."

In a speech addressing the value of Singapore's bilingual policy and why it must be upheld, Mr Ong shared examples of other countries in Europe and Asia that are also prioritising the learning of multiple languages.

"We are at a historic juncture where learning of languages has the potential to thrive further," he told more than 1,700 teachers at a conference at Singapore Expo Hall.

"First, our region is prospering. South-east Asia, India and China are all growing." 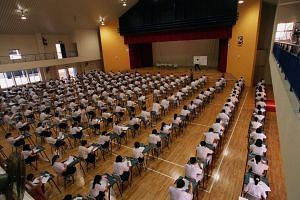 Many primary and secondary schools to scrap mid-year exams in 2020, a year ahead of schedule: Ong Ye Kung

Mr Ong said: "Singapore's multiculturalism gives us a great economic advantage in this environment. Parents and students know that."

Mr Ong added that while young Singaporeans are less "emotionally connected to their ancestral lands and, by extension, mother tongues", they are curious about their history and what makes them Singaporean.

"When they dive deeper, ultimately, they will still trace back to the ancestral lands and mother tongues, but the motivation and the dots they connect are different," he said.

He noted: "The Chinese LEP secondary schools are mostly Special Assistance Plan (SAP) schools. It is natural to start with these schools, but in time, we should really extend to more non-SAP schools to broaden participation."

SAP schools have a strong focus on Chinese language and culture.

The Malay LEP will be offered at Anderson Secondary, Bukit Panjang Government High School and Tanjong Katong Secondary, while the Tamil LEP will be available to students at Commonwealth Secondary, Riverside Secondary and Yishun Town Secondary.

The programme, which is open to students who do well in their mother tongue examinations at the end of Secondary 2, will give them a range of experiences including camps, immersion trips abroad and enrichment activities.

All O-level students in the programme will take literature in their respective mother tongue languages, while students in the Integrated Programme must study a related school-based subject. 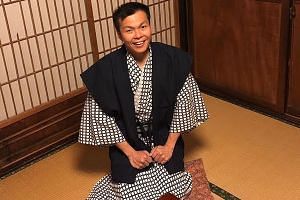 Mr Ong also shared his ministry's efforts to encourage language learning at different levels, whether for third languages or for those who need more help in their mother tongue.

Noting that more students have been taking higher mother tongue at the O levels over the years, he said that MOE will give more support to students who have the potential to be as proficient as their peers from China, Taiwan, Malaysia or Tamil Nadu.

The MOE will also continue to support students who are weaker in their mother tongue languages, said Mr Ong, adding that it will be piloting learning support programmes.

It is also encouraging more schools to offer conversational mother tongue language programmes as voluntary enrichment activities in the next one to two years, he said. Currently, about 25,000 primary and secondary school students take part in such programmes.

The MOE is also exploring how it can make the learning of a third language - which is open to the top 10 per cent of every cohort - more flexible, as well as expand its offerings in regional languages through online and classroom lessons.

Mr Ong said that there are cultural and economic advantages to being bilingual. Neuroscience research has also shown that there are cognitive advantages for those who are bilingual from a young age, he said. These include better working memory, longer attention spans and multitasking abilities.

"Languages are generative skills, meaning language provides access to other knowledge and improves the cognitive function of children. In bilingualism, those benefits are accentuated," he said.

He added: "I have always felt that English is like an algorithm - efficient, analytical and very logical. But Chinese is based on logograms, and is much more holistic and historical. By learning both languages at the same time, it has profoundly shaped the way I think, analyse and approach problems, and even the way I look at life."

Mr Tang Jui Piow, Nan Chiau High School's head of department for mother tongue language, said the school plans to invite writers and alumni to share their experiences, as part of the new LEP next year.

"We also hope to break down the frontiers between English literature and Chinese literature to appreciate their similarities and nuances."

He added that delving deeper into Chinese literature will help young students to "open up their perspectives and look at things differently".

"Literature is very different from other subjects, and Chinese literature also has its own unique features, like the historical understanding and the beauty of the language."