SINGAPORE - The push to get Singaporeans to learn for life will see the Ministry of Education (MOE) add a third thrust to its efforts to improve the education system.

It will add to previously announced initiatives, which include a move to reduce the exam load and the setting up of an inter-agency taskforce to help children from disadvantaged homes, Education Minister Ong Ye Kung said on the sidelines of a community visit to Sengkang Central on Sunday (Feb 17).

"It will be a significant thrust... and a multi-year effort which would significantly improve the education system," he said, adding that more will be made known after Finance Minister Heng Swee Keat delivers the Budget on Monday.

Mr Ong said the changes are being made in consultation with other fourth-generation (4G) leaders.

"Since 2015, we've been working together on building a future economy... and also on various measures from healthcare and the Merdeka Generation package, to changes we are making to the education system."

Mr Ong, who has been championing the need to learn for life, said the changes to the education system are founded on the principles of the SkillsFuture movement.

He had said previously that it involves connecting the dots - from schools to higher education and the adult learning sector, as well as vocational and technical skills training.

In the first thrust, the MOE moved to reduce the exam load for students - to help them balance the joy of learning with the rigour of studying. 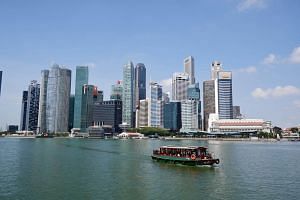 The second thrust saw the introduction of an initiative to help students from vulnerable backgrounds do better in school.

Mr Ong noted that Budget 2019 is the result of several years of discussions with the other 4G leaders.

"It's not just the Budget debate, but for any announcements now that come from any of the younger ministers, there's a good chance that we have gone through a debate and careful deliberation before coming up with these new things," he added.