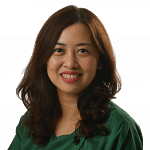 SINGAPORE - Ten years ago, Dee Kosh was starting to make a name for himself - albeit a problematic one at times - as a radio DJ-host and online personality.

But it would all come crashing down, as his offline behaviour courted even more controversy than his online remarks did over the decade.

In an Instagram post uploaded "on the way to prison", he said he was "extremely sorry" for the things he has done and that "now it's time to pay the price".

He added: "It's been 2 long and hard years and this chapter is finally coming to a close. I lost everything, my career, loved ones, the trust of my family and so much more. I go to face my mistakes broken and I hope I can pick up the pieces in the future."

Mr Jian Yang, head of strategy at strategic communications agency Distilleri, says Kosh's case serves as a wake-up call to the industry when it comes to the wider repercussions of misbehaviour, criminal or otherwise.

The larger one's social footprint, the greater the fall from grace, he says.

The 42-year-old, who is an influencer himself and holds the Asia Book of Records' largest Barbie doll collection, tells The Straits Times: "Back in the old days, there were only celebrities and normal people, and nothing in between.

"Now, you have the middle ground of influencers, of manufactured self-made celebrities, where Dee Kosh was.

"From an influencer standpoint, the truth is sometimes they have to push the boundaries of controversy to be seen, to get attention and views."

Mr Yang says those who have put themselves into the limelight have to behave accordingly. "Because once anything in your private life gets found out, you as a KOL (key opinion leader) do not have a professional public relations expert to teach you what to say or coach you on your body language, and you are left fending for yourself and won't be ready to do so."

Kosh got his start in the entertainment scene as a YouTube vlogger in 2011, and gained popularity for his comedic videos and random musings about life in Singapore.

He moved on to a radio career in 2012, teaming up with fellow DJ Divian Nair for The Double D Show on 987.

But in 2013, he posted an insensitive racist joke on Twitter about the Little India riot and was counselled by the radio station.

In 2014, he left Mediacorp for Power 98, where he hosted his own night-time show as a part-time presenter. He also performed in the stand-up comedy show, Happy Ever Laughter, in 2016.

It all went downhill from August 2020, when sexual harassment allegations involving minors were made against Kosh.

He was eventually dropped by his employers Power 98 and YouTube channel-turned-production company Night Owl Cinematics.

For the past two years, he stayed mostly out of the public eye.

He then resurfaced in January this year with a nine-minute YouTube video to share his side of the story and address inaccurate reports and false rumours floating around in the public domain.

In the clip, he stated he was not making excuses for himself or attempting to change anyone's mind, and reiterated he is not a paedophile.

It has since been taken down.

In May, Kosh pleaded guilty to one charge of offering cash to a minor for sexual services, and to another charge under the Children and Young Persons Act for the attempted sexual exploitation of a young person.

He also pleaded guilty to a charge under the Films Act for making an obscene film. He had filmed himself in 2016 or 2017 engaging in sex acts with a man aged between 23 and 25.

A public prosecutor described Kosh's offences as highly premeditated as he had deliberately and persistently sought out minors. He had also capitalised on his status as a radio presenter and influencer to lure his victims.

Today (Aug 5), a judge called Kosh's use of the Internet to commit his crimes "aggravating", and noted that his social media presence was central to tracking down one of his teenage victims.

Cheng, who was among several supporters who turned up in court on Wednesday (Aug 3), had planned to attend his sentencing today (Aug 5) but did not do so as she tested positive for Covid-19.

The two have collaborated on several videos, and she has maintained she is still friends with him.

The Straits Times understands that Cheng plans to release an in-depth video interview with Kosh filmed before the sentencing - what she calls "just friends having a heart-to-heart".

Although she said it would not delve into too much factual information, it is likely to be similar to the one she did last October with Sylvia Chan, the beleaguered boss of Night Owl Cinematics who faced a rash of explosive allegations including abuse and workplace harassment.

More On This Topic
MCI proposes filters, tools to limit interaction with children on social media
The Life List: Cancelled celebs and where they are now