SINGAPORE - The actions of the 27 radicalised Bangladesh foreign workers must not taint the contributions of other law-abiding foreign workers here, labour chief Chan Chun Sing said on Wednesday (Jan 20).

The Minister in the Prime Minister's Office said in a Facebook post that efforts to integrate these workers must be strengthened.

"As such, we must strengthen our efforts to integrate foreign workers and guard against ostracising them."

He added that the incident also cannot be allowed to affect the strong ties with Muslim Singaporeans.

"It is also critical that we do not allow this incident to affect the strong ties we share with our fellow Muslim Singaporeans as religious harmony is the cornerstone to our unique heritage in Singapore," he said.

"The greater the threat to split our social fabric, the more we must reach out and embrace each other as Singaporeans."

The Migrant Workers' Centre, in a Facebook post, said that it hopes "this incident will not tarnish the reputation of hardworking and law-abiding migrant workers in Singapore, regardless of their nationality or religion".

It added that everyone should rally together to ensure that Singapore's safety and security is the top priority. 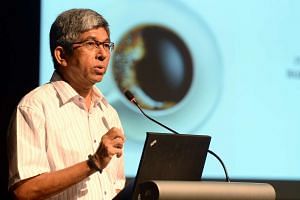 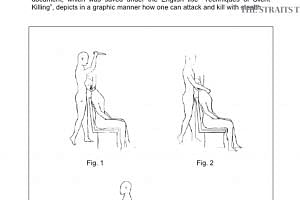 Minister of National Development Lawrence Wong also posted his reactions on Facebook, saying the arrests were "a sobering reminder that the ISIS and terrorist threat is not just a faraway or regional problem, but one we have to confront on home soil".

But he, like other ministers, also cautioned against allowing the incident to stoke ill feelings against any particular groups.

"Doing so would only play into the terrorists' hands. So long as we stay united, terrorism can and will be defeated," he added.

The 27 were arrested under the Internal Security Act between Nov 16 and Dec 1 last year, the Ministry of Home Affairs said on Wednesday (Jan 20).

Investigations showed that they supported the ideology of terrorist groups like Al-Qaeda and the Islamic State in Iraq and Syria (ISIS).

Some had considered waging armed jihad overseas, but they were not planning any terrorist attacks in Singapore, the Ministry said.

All of them have had their work passes cancelled. Twenty-six have been repatriated to Bangladesh, while the last one is now in prison for attempting to leave Singapore illegally.