SINGAPORE - Twenty-seven radicalised Bangladesh nationals who were working in Singapore were arrested between Nov 16 and Dec 1 last year, the Ministry of Home Affairs (MHA) said on Wednesday (Jan 20).

Here's what you need to know in eight points.

1. They were part of a religious study group

Twenty-six of the men were part of a closed religious study group that "subscribed to extremist beliefs and teachings of radical ideologues like Anwar al-Awlaki", the MHA said. 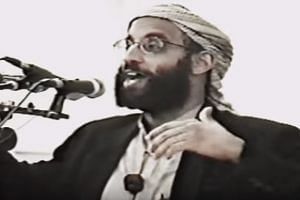 27 Bangladeshi radicals nabbed in S'pore: 5 things about Anwar al-Awlaki and his violent legacy

Awlaki, an American and Yemeni Islamic lecturer alleged to have ties with militant group Al-Qaeda, was killed in a drone strike in Yemen in September 2011.

The group supported the ideology of terrorist groups like Al-Qaeda and the Islamic State in Iraq and Syria (ISIS).

The 27th man was not part of the group but was found to be in the process of being radicalised and was supportive of extremist preachers. He possessed jihad-related material.

2. They were not planning any terrorist attacks in Singapore but some had considered waging armed jihad abroad

Investigations found that some of the men had considered carrying out acts of armed violence overseas, and a number of them admitted that they believed that they should wage armed jihad. 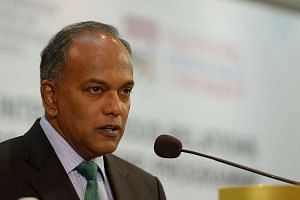 Bangladeshis nabbed under ISA could have easily changed their minds and attacked S'pore: Shanmugam

Some had contemplated travelling to the Middle East to do so, while members of the group were encouraged to return to Bangladesh and act against the country's government.

Despite that, they were not planning any attacks on Singapore soil.

However, "they could have easily changed their minds and attacked Singapore", Home Affairs Minister K. Shanmugam said in a Facebook post.

3. The group bore grievances against the Bangladesh government

"These Bangladeshi nationals also bore grievances against the Bangladeshi government over its actions against some Bangladeshi Islamic groups and leaders," MHA said in their press release.

Apart from being encouraged to return to the country to act against the government, members sent monetary donations to those believed to be linked to extremist groups in Bangladesh.

4. 26 of them have been repatriated 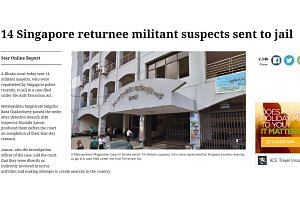 Twenty-six of the men have been repatriated to Bangladesh, where the authorities have been informed of the reasons for their repatriation.

The one remaining man, Md Zahidul Islam Md Foyej Uddin, is currently serving a 12-week jail sentence in Singapore. He had attempted to leave the country illegally after learning that fellow group members had been arrested. Once released, he will be repatriated to Bangladesh.

Members of the religious study group took measures to avoid detection, the MHA said. They shared materials related to jihad discreetly among themselves, and held weekly meetings where "they discussed armed jihad and conflicts that involved Muslims".

They also grew their numbers by carefully targeting and recruiting other Bangladeshi nationals.

6. Some had material teaching them how to kill silently 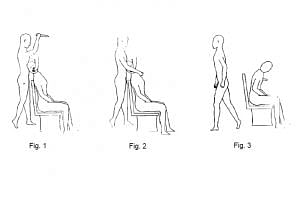 ISA arrests: Bangladeshi radicals had instruction details on how to conduct 'silent killings'

Several members of the group were found with the soft copy of a Bengali document containing graphic images and instructions on how to conduct "silent killings". The MHA shared one diagram from the document, which depicts a man approaching another from behind, and killing him with a knife.

The diagrams are identical to those found in a book that has been found in the possession of terror suspects in Britain.

Footage of children shooting firearms and being kicked and beaten while undergoing training at what appeared to be terrorist training camps was among the radical material found in the group's possession.

An excerpt of the video was released by the MHA.

8. They were all working in construction

Each of the 27 men was working in the construction industry in Singapore. Their Work Passes have since been cancelled.

Since news of the incident broke, local politicians on social media have defended law-abiding foreign workers, saying that they should not be judged based on the actions of a few. 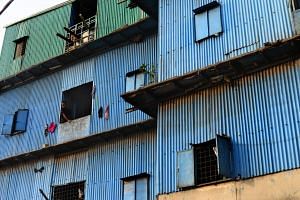 Bangladesh: Poverty and lack of opportunities make it fertile for extremist ideology 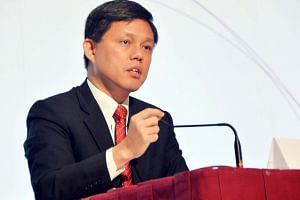 Actions of those arrested under ISA should not taint contributions of other foreign workers: Chan Chun Sing

"At the same time, I hope we will remain united and not resort to discriminating foreign workers here. The actions of a few cannot determine how we treat others who have worked so hard to build our homes, schools and hospitals," said Minister-in-charge of Muslim Affairs Yaacob Ibrahim.

Labour chief Chan Chun Sing said: "Majority of the foreign workers here contribute positively to the growth and development of our nation.

"As such, we must be careful not to let the actions of these radicalised foreign workers taint the positive contributions of other law-abiding foreign workers who live harmoniously amongst us."

The Singapore Federation of Chinese Clan Association said it was alarmed to hear about the incident which  "demonstrates growing tendencies towards religious extremism in the region, which could possibly undermine Singapore's national security and racial and religious harmony".

Terrorism is a continuing global threat which Singapore is not immune to, said Mr Chua Thian Poh, SFCCA President. It is therefore imperative that all Singaporeans support the government’s efforts to strengthen national security.