SINGAPORE - Singapore's decades-long dispute with Malaysia over Pedra Branca has yielded several takeaways: How the Republic must be a centre of excellence in international law, be prepared for surprises and respond nimbly, and work cohesively as a team across government agencies.

These were some of the lessons shared on Wednesday (Jan 30) by former senior minister S. Jayakumar, Ambassador-at-large Tommy Koh and Deputy Attorney-General Lionel Yee. The trio were involved in two legal cases over Pedra Branca, the most recent of which was to go before an international court last June, but Malaysia pulled out before it took place.

They have written a book, Pedra Branca: Story Of The Unheard Cases, which gives a behind-the-scenes account of the latest case and how Singapore prepared to counter Malaysia's applications for a revision and interpretation of the 2008 International Court of Justice (ICJ) ruling that gave Singapore sovereignty over Pedra Branca.

Foreign Affairs Minister Vivian Balakrishnan, who launched the book on Wednesday, said it "tells the story of a small country mounting a huge and robust effort on the global stage", and "records an important chapter in a much longer story of ups and downs in our bilateral relations with Malaysia".

Referring to recent bilateral issues on territorial waters and airspace management, Dr Balakrishnan said he had spoken about Singapore's position and approach in Parliament earlier this month and did not want to go into detail.

But, he added: "Let me just underscore this: As a small nation, we want good relations with all our neighbours, we want to have as many friends as possible. And this is important when we address the inevitable bilateral issues that will crop up from time to time.

"Our paramount objective will always be to protect our sovereignty, independence and national interests, and to do so in accordance with international law and to ensure that all parties fully honour the agreements which we have solemnly entered into," he added.

During the book's launch at The Pod in the National Library building, Prof Jayakumar, Prof Koh and Mr Yee also took part in a 30-minute panel discussion moderated by Ms Lydia Lim, head of training and talent development at The Straits Times.

Asked what lessons could be gained from the two Pedra Branca cases, Prof Koh stressed the importance for Singapore to produce generations of good international lawyers, in the Attorney General's Chambers, universities and private sector.

Prof Koh said international law is a "shield and sword" for a small country like Singapore, to protect the country from actions by other states, and to take proactive actions to protect its interest against other countries.

Prof Jayakumar said good political leadership is needed to "manage the bilateral relations in such a way that you keep things on an even keel" and not to let the latest issue derail the overall tenor of cooperation and bilateral relations. 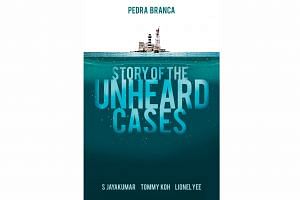 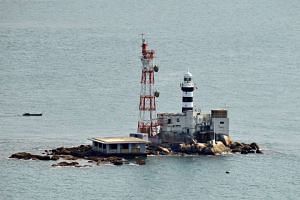 Meanwhile, Mr Yee said bilateral disputes involve many agencies of the Government, which have to work together cohesively as a team. Each must also go beyond the limits of their expertise, like the Singapore legal team having to understand the factual and technical aspects of the cases, Mr Yee added.

During the session, Ms Lim asked the panel about Singapore's move in December to file a declaration under the United Nations Convention on the Law of the Sea (Unclos).

It was made after Malaysia unilaterally extended the Johor Baru port limits, encroaching into territorial waters which Singapore regards as its own.

The Unclos declaration ensures that no country would be able to unilaterally initiate third-party arbitration or adjudication on maritime boundary disputes against Singapore.

Prof Koh said this was done to prevent Malaysia from making a "pre-emptive strike" and initiating unilateral proceedings against Singapore - which was what it did in 2003 in a land reclamation dispute.

He added: "Singapore has not changed our consistent policy of upholding international law... If negotiations fail, we are willing to refer the disputes to a binding third-party dispute settlement procedure. All we want to do is to be consulted, to agree on the choice of forum and the precise manner in which the issue is to be framed."

Pedra Branca: Story Of The Unheard Cases, is published by Straits Times Press and is available in major bookstores and at www.stbooks.sg for $25 (with GST).