SINGAPORE - The Singapore Democratic Party (SDP) on Saturday (Feb 23) launched its election campaign, in anticipation of a general election taking place by the end of this year.

At the launch event, party leaders including secretary-general Chee Soon Juan and chairman Paul Tambyah laid out the party's plans for the rest of 2019. These include the release of policy papers on topics such as housing and the cost of living, as well as a planned pre-election rally at Hong Lim Park in September.

Dr Chee said the SDP plans to contest the same areas as it did in the 2015 election, and recruit between 300 to 500 volunteers to help with groundwork.

The party had previously fielded 11 candidates to contest in Holland-Bukit Timah and Marsiling-Yew Tee GRCs, as well as Bukit Batok, Bukit Panjang and Yuhua SMCs, but failed to win a seat.

The SDP is the first political party to launch its campaign for the next general election, which must be held by April 2021. There has been speculation over whether the election will be called this year.

Addressing an audience of about 200 at the Mandarin Orchard Hotel, Dr Chee pointed to the importance of an early start.

"It's important for us because we don't know when the elections are going to be held," he said. "By the time they are called, it's going to be too late. So we are starting early."

In his speech, Professor Tambyah highlighted issues such as rising inequality, cost of living and recent lapses in government institutions, which he said have not been adequately addressed.

"What I am concerned about is that no one takes responsibility or ownership of these disasters," Prof Tambyah said of the lapses. "The blame always seems to fall on a low-ranked individual, rather than on a system or culture that does not encourage critical thinking." 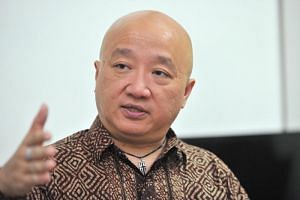 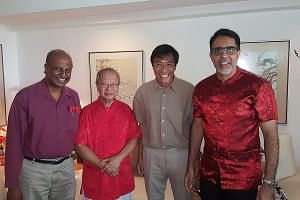 Asked if he would do anything differently for the next general election, Dr Chee said the SDP would intensify its groundwork and make it more extensive.

On Saturday, Dr Chee reiterated the call for greater coordination among opposition parties, saying: "We can't guarantee that we will get there in the months to come, but the important thing is that we need to get the initiative going."

He added: "As far as the Workers' Party is concerned, we continue to encourage all opposition parties to come together and we do what we can to facilitate it. Whatever comes of that, it is beyond our control."

He was also asked if the party would run out of steam if elections are held later than he expects, to which he replied: "If that was the case, we would have lost steam by now."

The SDP campaign launch was originally planned for a venue in Eunos.

But the party was informed at noon on Friday (Feb 22) that its booking had been cancelled, as political events were not allowed there, even though the nature of the event had been made clear from the start, Prof Tambyah said.

The SDP said on its website that a "JTC inspection" was one of the reasons cited for the cancellation of its original booking.

Responding in a Facebook post on Saturday, the JTC Corporation said it had "no prior knowledge" of the event.

It added that it had previously informed the venue owner that it would be inspecting the premises as part of ongoing investigations into unauthorised subletting activities which started last December.

"The decision to cancel the rental of the premises to SDP was made by the venue owner, without JTC's knowledge or involvement," JTC said.

"It is totally irresponsible to conflate this issue with the on-going investigations, and allege political motives on the part of JTC."

Among those who attended Saturday's campaign launch was former Democratic Progressive Party chief Benjamin Pwee, who has applied to join the SDP.

The SDP's central executive committee is expected to meet early next month to go through his application.