SINGAPORE - All crew of the Singapore Self-Propelled Howitzer (SSPH) - which the late Singapore actor Aloysius Pang was performing maintenance work on - now have to practise emergency stop button drills before operating the platform.

Bold markings to indicate the safe and potentially hazardous areas have also been put up in the SSPH.

In addition, army technicians now have to go through a nine-step drill before their maintenance training and tasks so that any potential risks are reviewed, dry runs are conducted, and roles and responsibilities are clarified.

These measures were announced by Defence Minister Ng Eng Hen in Parliament on Monday (May 6) as he gave the findings of the independent Committee of Inquiry set up to investigate the death of Corporal First Class (NS) Pang, 28.

Dr Ng said: "We need a strong SAF that can defend Singapore, but it must and can be built up without compromising the safety and well-being of our national servicemen."

"The SAF is committed to continue strengthening its safety systems at all levels and down to our soldiers, aircrew and sailors," he added. 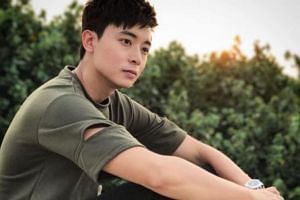 Not possible to outsource all maintenance work: Ng Eng Hen

The COI, which has completed its investigations, found that the incident was due to the lapses of all three servicemen in the cabin of the SSPH at that time.

It also found that the gun commander, who lowered the barrel to a standby position, had checked and saw CFC (NS) Pang standing near the barrel but assumed that the latter would have time to move away.

When told by a regular technician who was standing nearby to move closer to him or to a safe position, CFC (NS) Pang had said that it was fine and the gun barrel would not hit him, the COI also found.

The SSPH, which is operated by a crew of four, has three emergency stop buttons, which are located within reach of the gun commander, charge loader and ammo loader.

As part of a trial with a few units, safety advocates have also been appointed to gather and give feedback to commanders so that any safety issues can be identified and addressed early.

Another new measure is to have all army soldiers, including operationally ready national servicemen (NSmen), take an annual safety test that was previously required only of commanders.

These tests, meant to raise awareness of safety measures, will be customised according to the experience level and training activities that the soldiers undergo.

The media were invited to observe maintenance trainees during their training last Thursday.

They were practising how to remove a generator from a power pack that was removed from a Bionix vehicle, and had to undergo a safety drill, called Think-Check-Do, to ensure they are clear with the task.

Since the safety timeout, the Think-Check-Do drill has been formalised and taught to every technician. The drills are applied on a daily basis whenever they perform practical training, said ME5 Ng, who oversees all army engineer training.

"I believe in zero accidents. On my end, I engage my trainers and trainees actively. And I imbue in them this mindset that zero accident is possible... With the Think-Check-Do drill enforced, I believe we can achieve that," he added.

ME3 Dan Lu Siang, 39, a trainer at the Ordnance Engineering Training Institute, said he will step in if he sees his trainees take shortcuts.

"We allow the trainees to clarify on the rationale of why the maintenance manual is being written this way. If we realise that there's a better way, we will write in for approval to change the technical manual."

"If not, we will explain to the trainees and hope they will understand how this works, so that we can thus strengthen their personal ownership for safety," he added.