SINGAPORE - The Jurong Region MRT Line is a "complex project" whose 10-year implementation timeline is necessary to ensure the safety and quality of its construction, said Transport Minister Khaw Boon Wan in Parliament on Monday (Oct 1).

He was responding to Ms Foo Mee Har (West Coast GRC), who had asked whether resources from the now-deferred Kuala Lumpur-Singapore High Speed Rail project could be diverted to help expedite the construction of the Jurong Region Line (JRL).

The 24km JRL is scheduled to open in three stages between 2026 and 2028. It will span 24 stations and serve residents in Choa Chu Kang, Boon Lay and the future Tengah estate.

Mr Khaw, who is also Coordinating Minister for Infrastructure, said there are three main reasons why the construction cannot be brought forward.

First, he noted that the line will run along existing roads with many underground utilities and services, such as high-voltage cables and large-diameter water pipes.

These will need to be diverted before the construction of the line can begin, he said.

The main construction works of the line are also complex, he added. 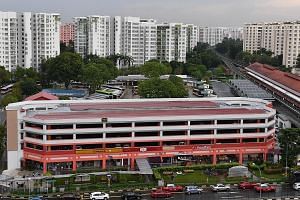 Second, the new line will have interchanges with the existing North-South and East-West MRT lines at Jurong East, Choa Chu Kang and Boon Lay, said Mr Khaw, noting that the new stations will have to "safely and seamlessly interface" with these existing stations.

"In particular, works at Jurong East Station will involve removal of the existing steel roof structure and the construction of a new roof above live tracks and operating platforms," he noted.

Lastly, he noted that certain sections of the JRL are being constructed near existing buildings and structures, and extra care is needed so as not to damage or disrupt them.

"There needs to be close coordination with surrounding land and building owners. All these require time," he said.

Safety in the construction of the line is the top priority, he said, adding that the Land Transport Authority does not recommend shortening the construction timeline further, even if additional resources are available. "But we will try," he said.