The row over a non-Chinese student wearing a cheongsam is not just about being politically correct. Tackling cultural appropriation is a serious issue, but it can be taken too far. 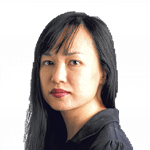 Are you like people in Singapore and in China, asking what's the big deal about this?

Are you on the side of some people in America, and think this is offensive?

An American non-Chinese 18-year-old student posted photos of herself in a qipao on prom night.

In response to the photos from Keziah Daum, Twitter user Jeremy Lam wrote: "My culture is NOT your (he inserted profanity here) prom dress."

This sparked a debate about cultural appropriation.

Tens of thousands of social media users weighed in on either side of the divide.

Read on to find out how tackling cultural appropriation is a serious issue, but it can be taken too far.

Non-Chinese teen in qipao for prom

Not offended: In China, people are scratching their heads over this, wondering what the fuss is about.

"The (qipao) dress is so gorgeous, and the girl looks great in it," wrote a user named Xiaoxiongnaicha on Weibo, the Chinese equivalent of Twitter. "As a Chinese, we all very proud and delighted to share our cultural fashions with anyone around the world. We all support her."

Daum told China Daily: "I have been overwhelmed by the many people from China who have both reached out to me and have posted to social media their viewpoints. I thank them for the moral support regarding my decision to wear a qipao."

Many, including scores of people identifying as Asian Americans, defended her choice of dress, saying they did not consider it offensive.

In Singapore, a bunch of us may also be thinking people are overreacting by being offended that a non-Chinese wore a cheongsam.

But while congratulating ourselves on being open-minded, chill and believing in racial harmony, consider another reason for it.

We may have our own spicy mixed-race rojak society here, but we are surrounded by Chinese cultural everything - from food to dialects to movies. So when Chinese people here wear cheongsams, they're usually not mocked for being "too Chinese" or for not fitting in.

So when non-Chinese people wear cheongsams, the Chinese here don't feel anxious over whether someone's grabbing part of their culture and using it appropriately or not.

"To Chinese, it's not sacred and it's not that meaningful. Nowadays, if you see a woman wearing a qipao, she's probably a waitress in a restaurant or a bride." - Beijing-based writer and fashion blogger Hung Huang.

Offended: Take a moment to consider why it may hurt some people to see the non-Chinese wearing cheongsams in America.

"It doesn't matter that people in China don't have a problem with it," Chinese-American actor Cindy Chu said to Teen Vogue of the prom qipao issue. "They don't understand the lived experience of growing up Asian-American. They're surrounded by people who look like them - they are the norm there."

"I was mocked for being Chinese," Ms Chu said of growing up in a predominantly white neighbourhood. "They made fun of my eyes and would shout things like 'ching ching chong chong' at me.

"If I had worn a qipao to prom, I would've felt dowdy and feared being mocked. (A bully she knew) would've had a field day with me if I'd shown up to prom in a qipao."

"People are upset because minorities will get shamed for their cultural traditions and clothes, while white people are usually praised." - Chinese-American illustrator Emilie Yi.

Not offended: New Zealand prime minister Jacinda Ardern was wrapped in a traditional Maori cloak during the recent Commonwealth heads of government meeting in Britain.

On social media in New Zealand, the striking image went viral, according to The Guardian, with many commenting that the picture captured the inversion of traditional gender roles - a female world leader wearing a powerful cloak while pregnant and representing her country.

The cloak was from a London-based Maori club, and normally worn by chiefs and other powerful people.

"To wear something that is so intrinsically of this place here (New Zealand), and for her to wear it at that event knowing that she would be photographed from every angle, that's a real acknowledgment of her relationship with the Maori people and with New Zealand." - Maori weaver and Waikato University lecturer in Hamilton Donna Campbell, told the BBC.

Not offended but…: A piece in Britain's The Independent said Ms Ardern's choice to wear the Maori cloak during the Commonwealth heads of government meeting made sense, because it was recognised as an indigenous symbol of power and pride.

However, the writer argued that "if school kids were to don copies of that to their prom, it would cheapen that culture and separate the garment from the meaning a community gives it".

"The very people who do that without recognising it, and suggest that the historically oppressed culture from which they are cherry-picking their favourite elements for their own vanity should in fact be grateful, or see it as 'appreciation', are speaking from their privilege - and their ignorance."

Offended: Beyonce was accused of cultural appropriation because she wore a headdress and costume inspired by ancient Egyptian queen Nefertiti at the Coachella music festival in the United States.

The singer also had on offer crop tops and hoodies featuring portraits of her wearing a headpiece similar to the one Nefertiti was portrayed with.

Some Egyptians weren't happy about it.

One person tweeted: "I'm all kinds of mad about Beyonce literally selling herself as Nefertiti. My country's history and culture has been so brutally commoditised and commercialised and exported to everyone's satisfaction and convenience for GENERATIONS. I'm not spending a dime on her."

Fans defended Beyonce, who has African American heritage, with one person tweeting: "Nefertiti was of black descent and please explain to me how this is cultural appropriation?" Cultural appropriation has been happening for years.

It will keep happening for many more years to come, with one outrage flaring up before another one has died down. But how many of them are for real?

Listen to short takes such as on "Sampling other cultures perpetuates the legacy of historic exploitation" in BBC Minute.

Late 1970s and 1980s
The concept of cultural appropriation emerged in academia then as part of the scholarly critique of colonialism, according to Washington Post. At one time, such critiques were levelled against truly offensive art - work that trafficked in demeaning caricatures, such as blackface.

Mid-1990s
Cultural appropriation gained a solid place in academic discourse, particularly in the field of sociology.

2015
Such accusations have become a common attack against any artist or artwork that incorporates ideas from another culture, said Washington Post.

"The hunt for wrongdoing has run amok. The recent anti-appropriation rhetoric has targeted creative products from art to literature to clothing. Nothing is too petty for the new culture cops." - Author Cathy Young, a contributor to US publications Reason and Newsday.