On April 23, 18-year-old Twitter user Keziah, who is not Chinese, posted pictures of herself wearing a cheongsam, or qipao - a traditional Chinese dress - for her prom last week.

The debate began when Twitter user Jeremy Lam tweeted a response to her post: "My culture is NOT your... prom dress", accusing Ms Keziah of "cultural appropriation", which can be described as the adoption of minority cultures, typically by dominant cultures.

Over the weekend, tens of thousands of other Twitter users have come out both in support and criticism over the concept of cultural appropriation.

Many users responded in support of Mr Lam, who explained in a lengthy Twitter thread why he found the photos troubling: "The qipao was originally a loose dress/garment without shape, made for Chinese women to clean the house and do other domestic chores with. It was then altered and embroidered as a beautiful form-fitting outfit to wear (publicly), which Chinese women were not allowed to do at during the times of extreme patriarchal oppression."

"In a time where Asian women were silenced they were able to create not only a piece of art but a symbol of activism. This piece of clothing embraced femininity, confidence and gender equality through its beautiful, eye-catching appearance," he added.

"The style was then spread throughout Asia as a beautiful garment and sign of women's liberation."

"I'm proud of my culture, including the extreme barriers marginalised people within that culture have had to overcome those obstacles. For it to simply be subject to American consumerism and cater to a white audience is parallel to colonial ideology."

However, after some commenters suggested Ms Keziah should remove the pictures, she refused and also took to Twitter to explain her decision.

"To everyone causing so much negativity: I mean no disrespect to the Chinese culture," she wrote. "I'm simply showing my appreciation to their culture. I'm not deleting my post because I've done nothing but show my love for the culture. It's a... dress. And it's beautiful."

As the debate grew, social media users on both sides of the argument weighed in. 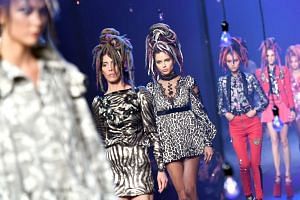 Fashion becomes a victim of its own oversharing 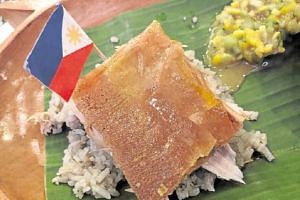 When street food gets elevated to restaurant dishes, is it cultural appropriation?

"This isn't ok," one social media user wrote. "I wouldn't wear traditional Korean, Japanese or any other traditional dress and I'm Asian... There's a lot of history behind these clothes."

"If you 'appreciate' and 'love' our culture, you'd know it's a traditional gown," another wrote. "Yet you claim 'it's just a dress'... What you said shows no appreciation but shows plenty of appropriation."

But there are also others who came out in support of Ms Keziah, encouraging her to "stay strong".

"You look gorgeous and the dress is stunning," one user tweeted. "What a wonderful world we live in where we can share culture and dress in special design and style from across the world representing the culture of Earth and the art of humanity."

"Just ignore all these sensitive... people, this is America, where various cultures come together. There's absolutely nothing wrong with wearing a dress you thought was beautiful," another user said.

"Hold your head high, you have no responsibility to answer for anything. BTW you and your dress, both looked so beautiful. Stay strong."