UTAH (DPA) - The new four-hour documentary Leaving Neverland, in which two men accuse the late singer Michael Jackson of sexually abusing them as children, sent shock waves through the Sundance Film Festival at its premiere on Friday (Jan 25).

The claims made by Wade Robson and James Safechuck are a matter of public record, as both men were involved in multiple lawsuits brought against Jackson's companies beginning in 2013. (The cases were later dismissed for being outside the statute of limitations.)

Directed by Bafta winner Dan Reed, the documentary details the extent of the abuse with explicit and graphic accounts. It also describes how they, as children, were groomed then abused. Their stories have a similar thread: Both were younger than 10 when they first encountered Jackson, both were abused for an extended period of time and both had starstruck mothers who were unaware of what was going on.

Robson accused Jackson of repeated sexual abuse when he was between the ages of seven and 14. He developed strong fandom for Jackson at a young age, his “walls plastered” with posters, said Friday's report in The Guardian about the documentary.

Safechuck alleges that he was sexually abused from the time he was 10 until he hit puberty.  He met Jackson after clinching a role in a Pepsi advertisement and similarly developed a friendship, accompanying Jackson on tour.

Safechuck recalled that Jackson said he had performed oral sex on him while he was asleep. He also told the boy that he was Jackson’s first sexual experience and that it was an “acceptable way of experiencing your love”, the report also added.

In a statement before the Sundance premiere, the Jackson estate declared, "This is yet another lurid production in an outrageous and pathetic attempt to exploit and cash in on Michael Jackson."

The estate has not responded to a request for comment after the premiere. 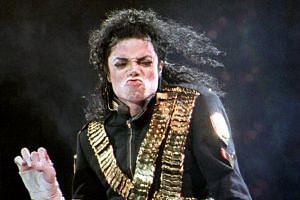 Because both men initially testified on Jackson's behalf when he was accused of sexual abuse in 1993 - saying that they never had any sexual experiences with the singer (Robson repeated that when he testified again in 2005 at Jackson's trial in Santa Barbara County) - their credibility has already come under heavy scrutiny from Jackson's fans.

The documentary explains at some length not only why the men originally defended Jackson, but what made them go public with their accusations when they did.

In an emotional Q&A after the packed screening, Leaving Neverland director Dan Reed discussed the process of getting Robson and Safechuck to open up for extensive on-camera interviews.

And Robson and Safechuck, who were also present for the screening, addressed their motivations for taking part in the project.

The docuseries originated from Reed's discussions with the UK's Channel 4. It will air on HBO in the spring.

At the time that Robson and Safechuck made their court filings, Reed said he saw that "it might mean for the first time someone might be able to tell the story of what actually happened" between Jackson and young boys.

Robson and Safechuck said they had been trying to communicate with each other for years, but during the legal process they were forbidden from discussing with each other the details of what had happened.

"What brought me into the court case was just wanting to talk to Wade, and ironically that was the one thing I couldn't do," Safechuck said after the screening.

"Being together now is beautiful," Robson added.

In the years since they've gone public, Robson and Safechuck have faced accusations that they're interested only in getting money from the Jackson estate. So the Sundance festival moderator asked whether they had received payment for appearing in the documentary.

"From the get-go, there was no money ever offered and we never expected anything," Safechuck said.

"It was really trying to tell the story and shine a light on it. To give people (who have survived abuse) the same connection and comfort we've got going through this."

"We've been looking for a platform to be able to tell the truth," Robson said. "This film was nothing we ever thought about or sought out. It came to us individually."

Now, Robson and Safechuck hope that the film will have a positive effect for sexual abuse survivors.

"We can't change what happened to us," Robson said. "We can't do anything about stopping Michael. He's dead. That's gone. What happened happened. The feeling is, 'What can we do now?' Hopefully it helps other survivors feel less isolated... One of my greatest hopes is raising awareness for parents, teachers, business leaders to help prevent this from happening."

Leaving Neverland tells the story not only of Robson and Safechuck but of their immediate families as well. Both of their mothers have come under criticism for allowing their sons to spend nights alone with Jackson in his bedroom in his Santa Barbara County estate. The full ramifications of those decisions are dealt with in the second half of the film.

"My mum saw it," Safechuck said. "I think she was looking for forgiveness in the film, and I didn't quite give it to her. It was hurtful for her. What she needs to understand is forgiveness isn't a line you cross; it's a road you take. And I'm on that road."

"I was really scared for my mother to see it," Robson said. "I saw it hours before her, for the first time. I was scared... things I said, things I didn't say, things my brother said that have never really been communicated in our family dynamic.

"It's not the usual way doors open up for a family, in a film that's going to go out all over the world... but hopefully it can open doors for healing."

When an audience member raised the question of what the men would say to Jackson's most devoted fans, some of whom have very publicly criticised Robson and Safechuck for speaking out, Robson offered a compassionate reply.

"I don't feel like there's anything that I need to say to them except that I understand that it's really hard for them to believe. Because in a way, not that long ago, I was in the same position that they were," he said.

"So I understand, and we can only accept and understand something when we're ready. Maybe we'll never be ready, maybe we will. So that's their journey."