In the morning, Cheng had to follow traditions and go through a gatecrash in order to collect his soon-to-be bride. Hong Kong news outlet Apple Daily reported that, at Chan's request, Cheng had to serenade her with one of his songs before picking her up. He then had to carry her for around 200m into a hall where the pair had a traditional Chinese tea ceremony with their parents and new in-laws.

Cheng said: "In order to get married, you have to be ready to do anything... I got off easy this time thanks to Grace's bridesmaids, given that I only had to sing to her and carry her."

At 2pm, the couple sealed their vows with a kiss in a chapel in front of many of their close friends and fellow actors and actresses including Kenneth Ma, Natalie Tong and Lam Tsz-sin.

Later that day, Cheng posted a photo of him and Chan kissing on his Weibo account with the caption "We're married!" in Mandarin.

The pair reported dated for three years, soon after meeting each other on the set of supernatural TV drama Blue Veins in 2016, where Chan played a woman who pined for Cheng's vampire hunter character. 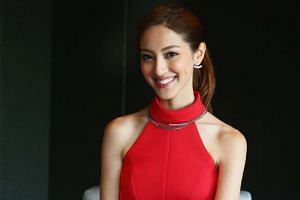 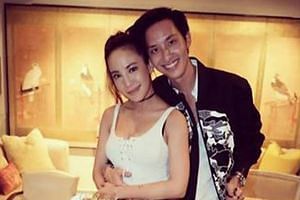 In July this year, Chan confirmed rumours that she was engaged to Cheng in a Facebook post. She wrote: "I believe many people have been waiting for this...so here I am, proud and extremely excited to announce that YES, I AM ENGAGED! Kevin and I have been dating for over 3 years and there was never a doubt in my mind that he was THE ONE! So when he popped the question last Christmas, the answer was a definite YES!"

Chan confessed during a 2016 interview with The Straits Times that she had never watched any of Cheng's dramas before getting to know him. However, she said that Cheng had given her many pieces of advice on acting, which she believed would help her improve her acting skills.

Several Hong Kong media outlets had speculated that Cheng's age may have been the reason for this change, indicating that the heart-throb actor was finally ready to settle down and get married.

The large age gap between the pair has earned them their fair share of doubts from fans and the media, but Chan was unfazed by naysayers.

In 2016, she told ST that she did not mind being in a May-December relationship.

She said at the time: "We're equal partners in the relationship. It's not like one is the sidekick to the other. We're both the superheroes in this sense. Whenever we're together, I'm happy and comfortable enough that I never feel like a shadow."