SHANGHAI - In January, photographs popped up on Weibo, showing Fan Bingbing - whose star had dimmed after a tax evasion scandal last year - promoting a brand of eyewear.

The Weibo story speculated whether the advertisement could mark her first step towards making a comeback this month.

While that has not materialised yet, a story in the April issue of Vanity Fair confirms that her supporters in showbiz are ready to help the 37-year-old take that new leap.

Producer Fang Li and director Li Yu are said to be discussing projects with Fan.

When Vanity Fair asked Li why she would risk casting Fan, given that some netizens feel that she was not punished sufficiently over the scandal, Li said the actress could channel the ordeal she had gone through to pack a bigger wallop in emotionally-demanding scenes.

Fang agrees, noting: "Nobody can be a better actress than her."

There was recent speculation that Fan opened a beauty salon in Beijing but Chinese fashion designer Zhang Shuai clarified that he was the owner and that the actress had helped only to supervise the work before its rollout. 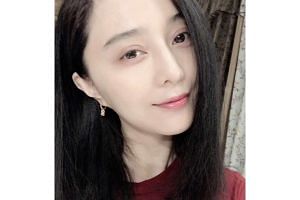 Is Fan Bingbing testing waters for a comeback in March?

The yin and yang of the Fan Bingbing saga

He had posted photos of Fan, her fiance Li Chen and other artists at the opening on Tuesday (March 26).

Fang said Fan was now mostly staying at home, sending messages on WeChat, working on her English, receiving guests, doing charity work "to wash away her sins" and otherwise "trying to stay positive".

Television presenter Cui Yong-yuan revealed in May that she received two contracts for her work in movie Air Strike, with the one with a lower amount to be used for tax reporting.

She disappeared from public view for about four months, with rumours swirling that she had been arrested.

After the fine was levied, she wrote on Weibo on Oct 3 that she had "lost self-discipline in the face of monetary benefit". "I sincerely apologise to society, to the friends who love and care for me, to the people, and to the country's tax bureau."