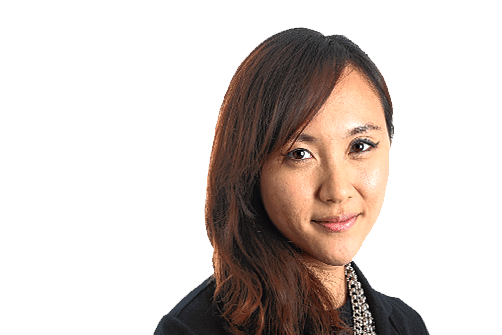 Readers have written in to ask about the significance of this move and if it would affect the average Singaporean. They also asked if this would impact loans and interest rates.

Banking reporter Rachael Boon found out the answers to the questions.

Significance for the average Singaporean

Analysts say Moody's outlook revision of the local banks will not have an impact on the average Singaporean.

Also note the downgrade of Singapore's macro profile to Very Strong (-) from Very Strong, which is related to a bank's credit rating.

Moody's has said the revision reflects expectations of a more challenging operating environment for banks in Singapore in 2016, and possibly beyond. Credit conditions for banks here are also expected to continue to weaken against the backdrop of slower economic and trade growth, in domestic and regional terms, it said. As such, the more challenging operating environment has been reflected in Moody's change of Singapore's macro profile, it said.

A DBS spokesman explained: "Under Moody's rating methodology, the macro profiles of the countries a bank operates in are inputs into its credit rating. Moody's has downgraded Singapore's macro profile as a result of higher domestic corporate leverage."

In recent weeks, Moody's has also downgraded the operating environment of China, Hong Kong and Malaysia, as other places face similar challenges.

Moody's said the outlooks suggest how the banks' ratings are likely to move over the next 12 to 18 months. They refer only to the ratings of long-term deposit, issuer and senior unsecured debt of banks.

As far as ratings are concerned, all three retain their Aa1 rating under Moody's.

Rating agencies use such symbols like "Aaa" or "Aa" to represent a range of ratings from the least to the greatest credit risk. Moody's said it "appends numerical modifiers 1, 2, and 3 to each generic rating classification from Aa through Caa".

In other words, the local banks still retain the second-highest rating possible by Moody's.

Mr He noted that the credit rating issued by Moody's has been "one to two notches higher" than the other rating agencies like Fitch and S&P. For instance, UOB is currently rated Aa1 by Moody's, which is two notches above the AA- credit rating given by both S&P and Fitch.

He explained: "If the negative outlooks for the banks were to result in an eventual downgrade by Moody's, the revised credit ratings will still be on-par or one notch above the ratings given by S&P and Fitch."

Since the banks' creditworthiness remain strong, and they have set aside enough buffers, there is little cause for alarm, say analysts.

CIMB Private Banking economist Song Seng Wun said the revision does not matter as the fundamental of Singapore banks remain unchanged, and the impact on Singapore's economy is "not a lot, if any at all".

He said: "Going back to the Asian financial crisis, the regulatory authority has continually emphasised the importance of ensuring sufficient reserve at the banks."

He referred to the banks' common equity Tier 1 capital - a measure of its ability to absorb losses - which are all above the levels set by central banks. Mr Song also noted when growth slows down here and around the region, as a small, open economy, it is inevitable that some businesses will fail, and credit card debt will rise as people become unemployed. However, he noted these only make up a tiny fraction of the overall loans exposure banks here have.

"Banks are to the economy like our heart to us. Our heart pumps blood to the body, which keeps us alive, while banks pumps liquidity or money around to businesses. So if there are any risks to the 'heart', obviously it will have implications on the broader economy."

While Moody's has flagged the risks to the banks, this could be partly due to it being more proactive after the 2008 global financial crisis when all the ratings agencies were criticised for not alerting investors to the problems earlier.

"For the the average business and average person, it shouldn't matter at all. Deposits remain safe and the banking system remains sound," Mr Song said.

Impact on interest and loan rates

"The interest rate environment is determined by the broader direction of the economy itself, rather than the upgrade or downgrade of the three local banks in credit ratings," said Mr Song. He suggested looking at it the other way round: If the credit ratings are upgraded, would it mean a lower cost of borrowing for individuals, businesses or corporates? No.

"That still boils down to the overall macro landscape at this juncture. Interest rates will still very much be determined by factors outside of Singapore, to a large degree," he said.