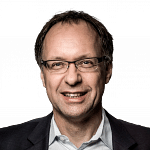 Markus Ziener is The Straits Times' Global Affairs Correspondent based in Berlin, Germany. He is also a professor at HMKW, a media University in Berlin. From 2006 to 2012 he was Washington Bureau Chief of Handelsblatt, Germany's largest business daily. Prior to that he worked as a field reporter, covering the wars in Afghanistan and Iraq. He has also served as correspondent in Moscow and Eastern Europe. From 1999 to 2001 he was Foreign Editor with the Financial Times Deutschland. Markus Ziener holds a doctorate in politics from Humboldt University Berlin.

Public attitude towards the German military changing amid Ukraine war
100 days of war: Germany struggles with arms and morality
Germany's predicament over Ukraine: How to show support and not cross red lines
Zero hour in German foreign policy amid Russia-Ukraine conflict
The new German foreign policy: Morals v pragmatism
Remodelling Germany: A tall order for Chancellor Scholz
Stumbling blocks that Germany faces in forming a new government
Transatlantic relations on thin ice over China
German election: Surprises but no radical shift as Germans vote for predictability
Merkel was a chancellor steeled in foreign policy like few statesmen
Resembling Angela Merkel in style, Olaf Scholz could be the next German leader
Where do Germany's election candidates stand on China?
Angela Merkel: The captain leaves the ship
Germany's political landscape volatile ahead of Sept polls
Afghanistan: The Great Delusion
Taleban's swift advance leaves Germany struggling with costly Afghanistan engagement
US drops opposition to Nord Stream 2 gas pipeline in return for German backing on China
Labour markets in Europe are gaining momentum but at different speeds
With the Delta variant of Covid-19 spreading, Europe's economic recovery hangs in the balance
Biden-Putin summit: What not to expect
No-choice election: In Iran, it's all up to the Supreme Leader
European disunity on digital taxes once again lets Big Tech walk away unscathed
Germany's strategy unravels as EU takes a harder line on China
German and Chinese Cabinets meet while political grounds are shifting
Back to the top