JAKARTA (AFP) - Scores of people have been killed after a powerful quake sparked a tsunami with waves as high as 3m that smashed into the Indonesian city of Palu.

AFP takes a look at the five deadliest tsunamis recorded over the past century.

On December 26, 2004, a 9.1-magnitude "megathrust" earthquake hit Aceh on the northern tip of Sumatra island in Indonesia, causing a tsunami that reached coastal areas as far away as Somalia.

The waves pounded several countries around the Indian Ocean, killing more than 170,000 in Indonesia alone, the vast majority in Aceh province.

The tsunami killed about 50,000 people in other countries, bringing the total fatalities to approximately 220,000, making it one of the worst natural disasters in human history.

There was no warning of the impending tsunami, giving little time for evacuation, despite the hours-long gaps between the waves striking different continents.

The earthquake unleashed energy equivalent to 23,000 of the atomic bombs dropped on the Japanese city of Hiroshima, according to the US Geological Survey.

On March 11, 2011, Japan was struck by an enormous 9.0-magnitude earthquake, unleashing a towering tsunami that levelled communities along the country's north-eastern coast. 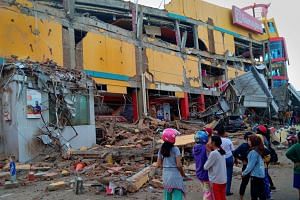 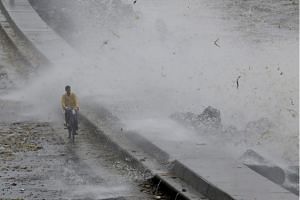 Facts on the nature of a tsunami

About 19,000 people were left dead or missing as the terrifying wall of water that travelled at the speed of a jet plane swallowed up everything in its path.

The water swamped reactors at the Fukushima Daiichi nuclear plant, sparking reactor meltdowns in the worst atomic accident since Chernobyl in 1986.

The disaster is still deeply engrained in the nation's collective psyche and to this day, there are people from ravaged communities still living in temporary accommodation.

The most powerful earthquake ever recorded - at magnitude 9.5 - devastated Chile in May 1960 and the resulting tsunami tore around the world.

Survivors in Japan said the 1960 tsunami reached heights of up to 5m.

Just after midnight on Aug 17, 1976, a quake measuring magnitude 7.9 struck near the Philippine islands of Mindanao and Sulu and the resulting tsunami with waves 5m at the highest point swept thousands away as they slept.

Between 5,000 and 8,000 people were killed, according to official estimates, making it one of the worst natural disasters in the history of the Philippines.

The twin quakes prompted a tsunami that ravaged 30km of the northern coastline of the country, sweeping away seven villages in its path.

According to official statistics, more than 2,000 lives were lost, but local sources put the death toll at between 6,000 and 8,000.

More than 12,000 were made homeless by the disaster.