Thailand assumes chairmanship during a time of unprecedented risks that might require more bold and rapid intervention.

JAKARTA (THE JAKARTA POST/ASIA NEWS NETWORK) - According to the alphabetic rules set for the annual rotation of the Asean chair, Thailand is to steward the grouping through 2019 in between Singapore and Vietnam.

One year is short for any country to leave a mark and produce significant impacts, especially when the institution is a regional body known to be slow in taking action.

While sympathetic Asean observers consider the core principles of consensus and non-intervention as crucial to deliver 50 years of economic development and peaceful cooperation, more critical voices have argued they are a barrier to address present-day challenges requiring more bold and rapid intervention.

To examine the challenges ahead for Thailand, a public forum was organised by two leading think tanks in the region, the Institute for International and Strategic Studies (IISS) and the Economic Research Institute for Asean and East Asia (ERIA), on Feb. 12 at Chulalongkorn University in Bangkok.

All the speakers, both Thai representatives to Asean and independent intellectuals, were quick to recognise that Thailand was assuming the chair at a moment of unprecedented uncertainties and risks.

As Suriya Chindawongse, director general of the Asean department at the Thai foreign ministry, euphemistically put it, moving ahead was like circumventing black holes and other astronomical obscurities, as we can no longer take for granted norms and ways of operating familiar to us.

Whether he merely referred to the rapidly changing global order and the growing questioning of globalisation and regionalism at the core of Asean or also hinted at the unprecedented candidacy for the prime minister post of a member of the royal house, Princess Ubolratana, which was reversed by her brother King Maha Vajiralongkorn Bodindradebayavarangkun, was left to the room full of diplomats to decide. 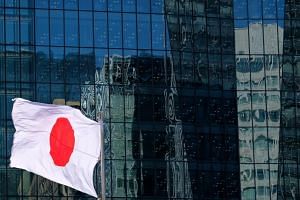 What Asean must do to navigate these perilous times

Nevertheless, his introduction well communicated the hardship of having to steer through an evolving landscape shaped by national, regional and global uncertainties.

China was the "elephant" in the room, while one speaker somewhat jokingly defined Indonesia a "komodo dragon" because of its growing voice in determining collective decisions because of its population size and rising economic significance.

The United States-China trade war and the South China Sea conflict were singled out as two instances that could test Asean's ability to perform a balancing act and have catalytic role in the global order.

Differences in the alignments of member states were not discussed, nor were the consequences of eventual disruptions of the global value chains of production of which Asean is part.

It was understood that Asean cannot ignore China's growing relevance, especially in view of the US' isolationist agenda.

Much was made of working toward the conclusion of a code of conduct on the South China Sea and the finalisation of a Regional Comprehensive Economic Partnership (RCEP) agreement - a proposed free trade agreement between Asean and six Asia-Pacific states: Australia, China, India, Japan, South Korea and New Zealand.

This is the case, even with the recognition that full achievement is nowhere in sight because of conflicting interests among participating countries.

How these arrangements would relate to the "free and open Indo-Pacific" strategy championed by Japan and, in a somewhat different version, by the US, this time without China, and in which Asean is supposed to be the "connectivity" between the Indian and Pacific oceans, was left unstated.

Center stage in these constellations is the economic objective to liberalise, integrate and expand the market.

Thailand has chosen as the theme for its stewardship year "Advancing partnerships for sustainability", which for the economic sector is broken down into three strategic components.

The goals are to equip Asean for the fourth industrial revolution through innovation, digitalisation and enhanced professionalism, to enhance connectivity through trade, investment and tourism and to enable sustainable economic development with varied initiatives referring to capital markets, the fisheries and biofuels and biogas.

All these efforts are to feed into a longer-term Asean Vision 2040 that Thailand has commissioned from ERIA, envisioning a "seamless and single market Asean" in which not only goods, services, investment, skilled labour and capital move more freely, but also data and payments.

Whether this would remain a distant dream or eventually be realised depends on many factors, including political willingness, stronger regulatory and institutional mechanisms and good governance.

It does not bode well for a "seamless" Asean that non-tariff measures restricting imports or exports of goods and services have been surging rather than declining in the region.

Interestingly, not much was said about equity concerns related to the application of this growth-oriented model.

Yet Asean does recognise that the success in reducing absolute poverty has not been accompanied by similar gains in narrowing income gaps.

Like elsewhere, socio-economic inequities within and across Southeast Asian countries are actually increasing demand for pro-poor and redistribution policies ostensibly ignored in Asean's future vision.

This, while rising disparity could undermine the very sustainability put at the center of this year's chairmanship. Nor were the environmental impacts of advanced industrialisation discussed, despite obvious manifestations of human-made disasters in the region.

That Bangkok itself has been engulfed in air pollution for weeks should have been a reminder of the seriousness of the issue, but climate change was not on the table.

Social concerns, notably aging and stunting, got mentioned only in passing and similarly hurried was the news that this year is going to be Asean Cultural Year and an Asean Cultural Center is to be established in Bangkok to celebrate the region's unity in diversity. Identity issues were not highlighted, nor were reflections made on the divisiveness caused by ethnic and religious identity politics.

The exodus of the Rohingya was mentioned by senior journalist Kavi Chongkittavorn as requiring a long-term commitment by Asean to help the presumed repatriation efforts of the Myanmar government, with no questions asked about the root causes of their flight and whether they actually wish to return. Issues of human rights and freedom of the press and assembly were ignored, probably unsurprising considering the mood of the region.

Maybe the missing mentions were simply due to a shortage of time.

If so, we can still hope Thailand would not adopt the common negative bias toward the "soft" sides of development and would refresh the position taken in 2009 during its previous chairmanship.

At the time the country focused on realising the newly launched Asean Charter with a focus on the socio-cultural community and it helped establish the Asean Intergovernmental Commission on Human Rights.

Today, may Thailand help Asean to truly become people-centered and overcome the challenge of listening to its most vulnerable people.

The writer is an associate professor at Mahidol University and emeritus regional director for Southeast Asia with the Rockefeller Foundation and the International Development Research Center. The Jakarta Post is a member of The Straits Times media partner Asia News Network, an alliance of 23 news media titles.