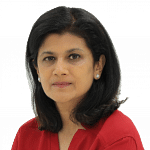 As Russian troops advanced deeper into Ukraine on Friday (Feb 25), anti-war chants rang out across many parts of Russia.

Protesters took to the streets in Moscow, St Petersburg and several other cities, in defiance of government orders.

Ordinary Russians as well as celebrities, including musicians, comedians and TV personalities, held demonstrations expressing their disapproval of the invasion of Ukraine.

Influencers also took to social media to voice their opposition.

In Moscow's iconic Pushkin Square, several thousand people had gathered in solidarity, chanting "No to war", according to reporters from the Agence France Presse.

The same slogan was spray-painted on the front gate of the Russian Parliament's Lower House.

Media reports showed some protesters being rounded up by the police.

"The world has turned upside down," Ms Anastasia, a protester in central Moscow, told The New York Times. The 44-year-old gave only her first name for fear of reprisal.

"I cannot even imagine the consequences; this is a catastrophe."

Over the past few weeks, in its coverage of the escalating tensions with Ukraine, Russia's state media has blamed both the former Soviet Union country and the West for fuelling the conflict and for the diplomatic impasse.

That Russia's security architecture was being compromised by Ukraine's increasing political, military and economic proclivity to the West, had been a recurrent theme in media reports leading up to the start of the invasion on Thursday morning.

Prominent news anchors and commentators have reiterated Russian President Vladimir Putin's concerns about Ukraine's desire to join the United States-led Nato defence alliance as being a major cause for a breakdown in negotiations.

Despite the finger-pointing between the two governments, the bonds run deep for ordinary Russians and Ukrainians who have relatives living on either side.

Conversations with loved ones are suddenly deafened by the roar of missiles and warplanes. Friendships and family ties are fragile now, more than ever before.

Age-old cultural, social and historic linkages the two countries share will be difficult to erase, even through the pounding of artillery and gunfire.

More On This Topic
Interactive: What we know so far about Russia’s invasion of Ukraine
Ukrainians brace for battle in Kyiv as Russian tanks roll in; Chinese President Xi supports talks

Intermarriages between Russians and Ukrainians are common, and many travel between cities in both countries for work or leisure.

An entrepreneur based in Moscow, who did not wish to be named, is married to a Ukrainian who is watching events unfold in her homeland with horror.

"We are very worried about the safety of our relatives in Kyiv," he told The Straits Times on the phone from Moscow.

In Kyiv, the Ukranian capital, a similar emotional refrain echoes among families, many of whom have loved ones in Russia.

More On This Topic
Stranded in Ukraine's bunkers, thousands of Indian students desperate for rescue
S'porean ex-actor Ix Shen, who lives in Ukraine, has no plans to leave amid Russian attack

Mr Jaideep Narula, who runs a small business in Kyiv, worked in Moscow in the early 90s when he met his Russian wife Natasha. They moved to Ukraine in 2007.

"We always thought of Russia and Ukraine as an extended family," he told ST on the phone from Kyiv.

"This war feels as if two cousins are fighting one another."

With Russian forces advancing into the Ukrainian capital on Friday, families on both sides watch anxiously.

Separated by a fog of uncertainty, they are bracing for the inevitable - the horrors of death and destruction that are the ultimate outcomes of war.

Get live updates as the Ukraine crisis unfolds.

More On This Topic
Disbelief, fear as Ukrainians wake up to war
In Pictures: Ukraine armed forces defend country from Russian invasion as thousands flee their homes