PUTRAJAYA - Malaysia's Prime Minister Mahathir Mohamad on Thursday (Feb 28) urged the Johor government and Johoreans to speak up against what he felt was a "morally wrong" water agreement with Singapore, local media reported.

The "rich" country of Singapore has been benefiting from "poor" Malaysia in the water issue, he told the Johor Government Retreat with the Federal Cabinet in Putrajaya.

"Singapore rapidly developed because we have been supplying them with water, but I find the Johoreans rarely talk about it," Tun Mahathir was quoted as saying by Bernama news agency. "They just wait for negotiations to be undertaken by the federal government as if the state government is unaffected."

He added: "The state government must make their voices heard. The rich are depending on the poor? This is not only illogical but also morally wrong. We must put stress on this issue."

He was quoted by the Malay Mail online news as saying: "Not just the federal government, not just our negotiators, but the people of Johor must also pressure, saying that Singapore is exploiting Johor's water."

He said Malaysia is selling 1,000 gallons of water to Singapore for three Malaysian sen (one Singapore cent).

"This is the price of 1926, but even now, Singapore is still paying three sen for 1,000 gallons of raw water from Johor. We have to fight this, but it seems we are not that smart in defending or highlighting the mistreatment that is happening to us," he was quoted as saying by Malay Mail.

Johor hopes to raise price of water it sells to Singapore by more than 16 times: Menteri Besar

The water issue with Malaysia resurfaced in June last year, a month after the Pakatan Harapan government took office, when PM Mahathir said the price of raw water sold to Singapore is "ridiculous" and that Malaysia will approach Singapore to renegotiate the terms of the agreement.

Under the 1962 Water Agreement between the two countries which expires in 2061, Singapore is entitled to draw up to 250 million gallons a day (mgd) of raw water from the Johor River at three sen per 1,000 gallons.

Dr Mahathir also claimed that Singapore is making profit with the high pricing of its desalinated water, but still pays Malaysia only three sen for the Johor raw water, Malay Mail quoted him as saying. 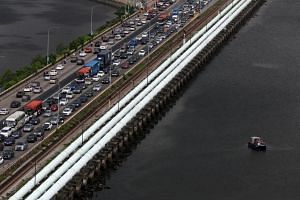 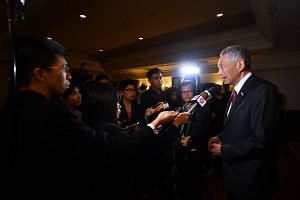 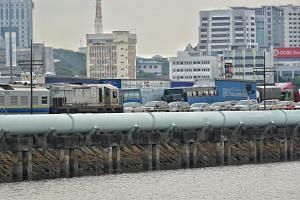 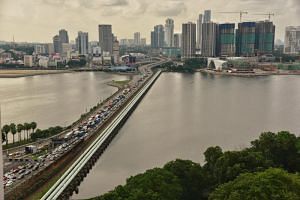 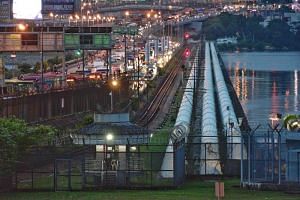 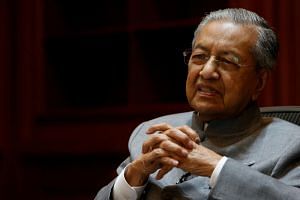 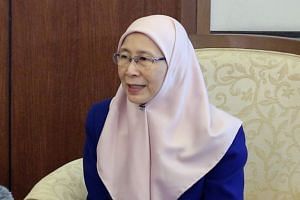 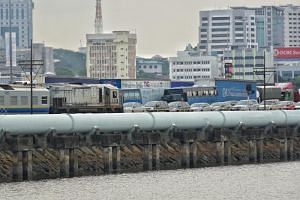