In its editorial, the paper urges the government to undertake a comprehensive review of the project before deciding its future.

KUALA LUMPUR (THE STAR/ASIA NEWS NETWORK) - There were recent rumours that the ECRL (East Coast Rail Link) project would be cancelled by the government.

Prime Minister Tun Dr Mahathir Mohamad later clarified that negotiation was still going on and there was no final decision yet on the project's destiny.

Just when everyone was talking about ECRL, former Council of Eminent Persons chairman Tun Daim Zainuddin reminded the public that the PH (Pakatan Harapan) government had to be very careful when dealing with China Communications Construction Company (CCCC) over the ECRL project, as it would have major implications on the country's diplomatic relationship with China.

ECRL is not just another mega project of this country but one that involves cross-border cooperation which could jeopardise the Sino-Malaysian relationship if not handled properly.

As it is a highly influential and sensitive issue, negotiation should be carried out in low key and amicably, and all open big talks on social media should be avoided as far as possible.

Such a move will not benefit anyone and should not have taken place at all. 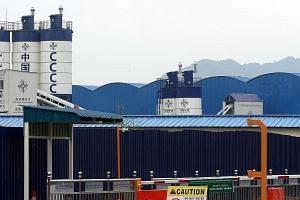 China offers to slash cost of ECRL by nearly half: Sources

The cabinet later issued a gag order barring any cabinet minister from making any announcement on ECRL except the prime minister himself.

This is a wise move and will prevent baseless talks from undermining the progress of the negotiation.

As for the project itself, there are many differing opinions.

Some feel that the project will only burden the government further and there is no need for its construction in the first place.

Others are of the opinion that it should go ahead as it will favour the country's long-term development.

Due to its broad implications, the government must look into the ECRL project from the macroscopic and long-term perspectives before coming up with a final decision.

Because of financial reasons, the prime minister said earlier ECRL could sink the country deeper into financial crisis if the government were to go ahead with the project.

Negotiations are still on-going and some of the conditions as well as the construction cost are still being discussed.

There are rumours that CCCC is prepared to compromise and has agreed to reduce the construction cost to RM40 billion (S$13.2 billion). If this is true, it will be able to lessen the government's financial burden and will facilitate the eventual confirmation of the project.

Mounting financial burden is an important consideration that the government cannot afford to shun.

However, the long-term development of the East Coast as well as the cordial relationship with Beijing must also not be sacrificed.

Anyway, for a major and intricate issue like this, there is no way we can weigh the feasibility of a project merely with a single yardstick.

A more ideal way of doing things is to look at the economic benefits and long-term strategic importance.

In other words, the government must take into account many different factors and try to seek a balancing point to achieve a win-win situation for all parties.

This will require all the parties involved to negotiate with an open mind and friendly gesture for the long term benefits of all.