NONTHABURI (THAILAND) - Despite stiff domestic opposition against India's involvement in the Regional Comprehensive Economic Partnership (RCEP), Indian Prime Minister Narendra Modi said on Sunday (Nov 3) that his country is ready to increase its partnership with Asean in areas of mutual interest.

Addressing South-east Asian leaders at the Asean-India Summit, Mr Modi said: "Asean is at the very core of our Act East Policy, and will always be so. An integrated, cohesive and economically developing Asean serves India's core interests.

"We are committed to improving our partnership, through better surface, maritime and air connectivity, and through digital links ."

His comments come at a time when Asean nations are hoping to conclude the 16-nation RCEP free trade pact at the 35th Asean Summit, with insiders saying that India is the sole hold-out among the group.

Despite speaking about engaging more with Asean, Mr Modi made no mention in his speech of the RCEP, which is poised to be the world's largest free trade pact.

If concluded in its proposed form, the pact covers the 10 Asean nations, as well as China, India, South Korea, Japan, Australia and New Zealand - which altogether contribute one-third of the world's gross domestic product.

Mr Modi said India's aim is to have "a great increase" in the mobility of people for studies, research, trade and tourism, and it stands ready to increase its partnership with Asean "in areas of mutual interest".

He added that India is also ready to further increase collaboration with Asean through capacity building in areas such as agriculture, science, information and communications technology, and engineering.

Mr Modi also welcomed the decision by Asean members in September to review the Asean-India Trade in Goods Agreement, which was signed in 2010. The review will look at simplifying the agreement and making it more user-friendly to facilitate trade between businesses. 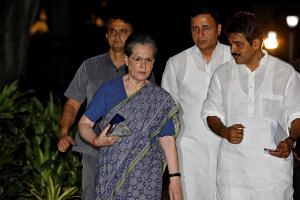 "This will help not only to further strengthen our economic relations, but our trade will also be more balanced," he said, adding that maritime security, humanitarian assistance, and the blue economy, which focuses on sustainable use of ocean resources, were other areas where partnerships could be strengthened.

He also invited India to cooperate in new areas of regional security such as cybersecurity, noting that Singapore launched the Asean-Singapore Cybersecurity Centre for Excellence last month.

"I look forward to partnering India to help strengthen the region's cyber capacity and resilience," he said.

"As a fellow maritime nation, Singapore fully shares India's desire also to strengthen maritime cooperation, including through enhancing maritime connectivity, marine environmental protection and the sustainable use of marine resources," he said.

PM Lee added that Asean had made sustainable development its area of focus as well, with initiatives like the Asean Sustainable Urbanisation Strategy and the Asean Smart Cities Network (ASCN).

"We welcome India's participation in the ASCN and look forward to exchanging views with India on these issues and more," he said.