In a statement announcing the charge, Taipei District Prosecutors Office accused Niu of trying to avoid responsibility "by downplaying his actions and insinuating that the woman is partially to blame".

He faces up to 10 years in prison if found guilty.

The alleged assault occurred on Nov 24 following a meeting at Niu's home in Taipei when other guests had left.

A friend later accompanied the woman to a hospital and filed a police report.

Niu has denied the allegations and has yet to comment since the charge was filed.

But he spoke to reporters in December after he was questioned by police. 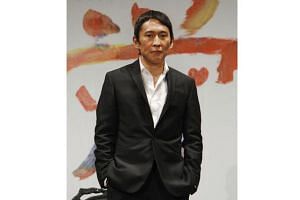 "I have faith and hope that there will be a fair trial," he said.

"But there is another public trial going on now and I have already been handed a death sentence."

Before taking a deep bow in front of the cameras, he added: "Doze Niu is dead."

Taiwan has a vibrant film industry and hosts the Golden Horse Awards - dubbed the Chinese-language Oscars - but the #MeToo movement, sparked by bombshell sexual assault claims against Hollywood mogul Harvey Weinstein, has made little impact.

Niu previously hit the headlines in 2014, when he was fined and handed a suspended sentence for taking a Chinese cinematographer onto a naval base in Taiwan without authorisation to scout film locations for his movie Paradise In Service.

Taiwan has a ban on Chinese nationals from entering military facilities.