Taiwan's United Daily News reported late on Wednesday (Dec 5) that the alleged assault took place in late November and the woman was a member of the film crew of a movie that Niu was shooting.

The paper called the woman Ms A and quoted her friend as saying that Niu started hitting on Ms A after she joined the crew.

The alleged assault took place after a gathering at Niu's home. Ms A, who had stayed behind after all the guests had left, was allegedly attacked on a sofa.

Her friend told the paper that she accompanied Ms A to a hospital after the alleged assault and showed the paper photos of Ms A's arms covered with bruises.

The friend said Niu has texted Ms A repeatedly to express his remorse.

Ms A made a police report on Wednesday. The friend said Ms A has been hit hard by the incident and has not returned to work.

Filming of the movie, Pao Ma, was suspended on Thursday after news of the incident broke. Taiwanese media reported that he could not be contacted.

This is not the first time that Niu, 52, has been accused of sexual misconduct. 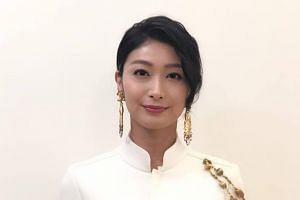 In 2007, he was accused of abusing his authority as director to kiss actress Janine Chang on the neck while filming the television serial Wayward Kenting.

He was also accused of forcing actress Ke Huan-ru to strip naked in a bed scene with him while filming the movie What On Earth Have I Done Wrong?! in the same year.

Niu is famous for directing Monga, a gangster flick which was set in 1980s Taipei and starred Ethan Juan and Mark Chao. The movie won two awards at the Golden Horse Awards in 2010, including Best Actor for Juan.