SEOUL (REUTERS) - North Korea has scheduled the dismantlement of its nuclear test site for sometime between May 23 and 25, depending on weather conditions, in order to uphold its pledge to discontinue nuclear tests, the country’s state media reported on Saturday (May 12).

The official Korean Central New Agency said dismantlement of the Punggye-ri nuclear test ground would involve collapsing all of its tunnels with explosions, blocking its entrances, and removing all observation facilities, research buildings and security posts.

“The Nuclear Weapon Institute and other concerned institutions are taking technical measures for dismantling the northern nuclear test ground ... in order to ensure transparency of discontinuance of the nuclear test,” KCNA said.

The announcement comes after US President Donald Trump said he would hold a summit with North Korea’s leader Kim Jong Un in Singapore on June 12, the first-ever meeting between a sitting US president and a North Korean leader.

Trump’s Secretary of State Mike Pompeo said on Friday that North Korea can look forward to “a future brimming with peace and prosperity” if it agrees to quickly give up its nuclear weapons.

“North Korea has announced that they will dismantle Nuclear Test Site this month, ahead of the big Summit Meeting on June 12th,” he tweeted.

However, in spite of its pledge to stop testing, North Korea has given no indication it is willing to go beyond statements of broad conceptual support for denuclearisation by unilaterally abandoning a nuclear weapons programme its ruling family has seen as crucial to its survival.

In announcing the plan to shut Punggye-ri last month, Kim said North Korea no longer needed to conduct tests because it had completed its goal of developing nuclear weapons.

KCNA said journalists, including from the United States and South Korea, would be invited to cover the event, to “show in a transparent manner the dismantlement of the northern nuclear test ground to be carried out”.

All international journalists would be provided with a charter flight into Wonsan, a port city in eastern North Korea, from Beijing, KCNA said. There, reporters will board a charter train to the nuclear test ground in an “uninhabited deep mountain area”.

NO MENTION OF EXPERTS

South Korean officials said in April North Korea also planned to invite experts from the United States and South Korea for the Punggye-ri shutdown, but KCNA made no mention of this. 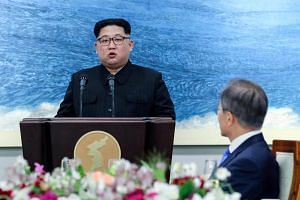 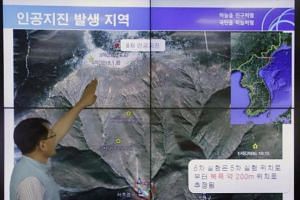 All of North Korea’s six known nuclear tests have taken place at Punggye-ri, in the northeastern part of North Korea where a system of tunnels have been dug under Mount Mantap.

Experts have said the pledge was a big step forward but verifying it will be difficult.

According to Chinese academic reports, North Korea’s most recent nuclear test in September of what Pyongyang said was a hydrogen bomb, was so large it triggered a collapse inside the mountain, rendering the entire site unusable for future tests.

But US intelligence officials have said it remains usable and could be reactivated “in a relatively short period of time” if it was closed.

Jeffrey Lewis, director of the East Asia Nonproliferation Program at California’s Middlebury Institute of International Studies, said in a blog post this week that recent satellite images had shown the removal of some buildings from the site.

On Saturday, he told Reuters that closure of Punggye-ri did not mean much in terms of disarmament, given that the United States, for example, stopped nuclear testing in 1992.

“It would, however, require North Korea to clear out the test tunnels and rebuild any infrastructure that might be removed – or dig new tunnels at the site or elsewhere. So, it’s a good confidence building measure, but not necessarily a sign of irreversible disarmament.”

Siegfried Hecker, a former director of the Los Alamos National Laboratory in the United States and a leading expert on North Korea’s nuclear programme, said collapsing the Punggye-ri tunnels would be “a big and positive step”, given his belief that North Korea still required more nuclear and missile tests to reach the US mainland with a nuclear-tipped missile.

However, he said the other crucial steps North Korea needed to take to demilitarise its nuclear programme were to shut its plutonium production reactor, and open its uranium processing to inspection.