HONG KONG (AFP) - Hong Kong's landmark ban on a pro-independence party has reignited concerns the government is pushing towards national security legislation that could be the death knell for the city's freedoms.

But the clause has never been implemented due to deeply held public fears it would curtail Hong Kong's cherished rights, such as freedom of expression and the press.

Those liberties are unseen on the mainland and are protected by an agreement made before Britain handed Hong Kong back to China in 1997.

An attempt to implement Article 23 in 2003 was shelved after half a million people took to the street in protest.

But 15 years later, it is back on the table, as an independence movement calling for the city to split from China incenses Beijing.

Monday's (Sept 24) ban on the pro-independence Hong Kong National Party, on the grounds of national security and public safety, was made under the colonial-era Societies Ordinance and is the latest move in a campaign to muzzle pro-independence sentiment.

Activists have been banned from standing for office and disqualified from the legislature, while protest leaders have been prosecuted. 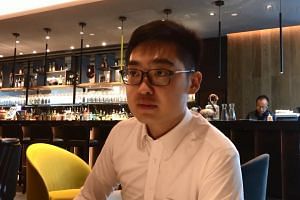 That growing repression is "introducing the definitions, transgressions, and punishments that are to become part of Hong Kong law", once national security legislation is brought in, said Dr Suzanne Pepper, an honorary fellow at the Chinese University of Hong Kong.

The introduction of Article 23 is part of Beijing's strengthening campaign to suppress separatism in any of its territories and impose its definition of a "unified China", diluting the promises made to Hong Kong in the handover agreement, Dr Pepper told AFP.

"Hong Kong is step-by-step learning that Beijing is attaching mainland definitions to all those rights and freedoms," she said.

Chinese officials are raising pressure for Article 23 to be enacted and city leader Carrie Lam has stressed it is the government's "constitutional responsibility" to do so. But she has also said it will only happen when the time is right, implicitly acknowledging the backlash it may provoke.

Pro-Beijing lawmaker Felix Chung argues that it is better for Hong Kong to enact the legislation itself, rather than the Chinese government imposing its own national law onto the city.

Pro-China moderates have proposed combining the legislation with promised political reform to appease the pro-democracy camp.

But Mr Chung believes Beijing is unlikely to go for that.

"From the perspective of the central government, national security cannot be compromised," he said.

Mr Martin Lee, a veteran pro-democracy lawyer and former member of the Basic Law drafting committee, said he believed from the outset that Hong Kong should only activate Article 23 if it did not water down existing human rights and went alongside the granting of universal suffrage, also promised in the mini-constitution.

Now he regrets the article's inclusion in the Basic Law.

"After all these years, people are no longer confident in the central government," Mr Lee told AFP, saying he feared Article 23 could be used to "throw people into prison" in the future.

Business leaders are also concerned that the rule of law that has been the bedrock of Hong Kong's status as the region's leading financial hub could be dented if the clause is implemented.

Mr Jack Lange, chairman of the American Chamber of Commerce in Hong Kong, said any new national security legislation would need to be "very narrowly tailored" to reassure foreign companies.

The primary concern would be "the degree to which they can use that law as basis for investigating you, intruding into what you're doing, requiring you to hand over data and other information", he told AFP.

Journalists fear the implementation of Article 23 would foster the self-censorship that is already on the rise in Hong Kong and restrict reporting on topics deemed sensitive by Beijing.

Hong Kong Journalists Association chairman Chris Yeung said he was concerned the legislation would be "deliberately vague and ambivalent" to make it easier to prosecute political targets.

Mr Yeung believes the more insecure the Chinese government feels, the harder they will tighten their grip.

A "paper tiger" is no longer enough for authorities, said Mr Yeung. "Now they want a real tiger that bites."