SEOUL (REUTERS) - About half of North Korean defectors questioned in a survey endured physical violence at the hands of North Korean authorities, a rights group said on Tuesday (Feb 26), as leader Kim Jong Un prepared to meet US President Donald Trump for a summit.

US lawmakers called Mr Kim the "leader of perhaps the world's most repressive regime" on Sunday, but analysts say that as in the leaders' first summit, in Singapore in June, human rights are unlikely to be addressed when they meet this week.

Mr Trump and Mr Kim are due to meet in the Vietnamese capital on Wednesday and Thursday, eight months after their historic summit, the first between a sitting US president and a North Korean leader.

On the top of their agenda is the denuclearisation of the Korean peninsula, and what concessions the United States might offer in return for North Korea steps.

The survey of 451 defectors, conducted between 2015 and 2018 and released by Seoul-based Transitional Justice Working Group, found that three out of four North Korean defectors had, before they fled North Korea, experienced physical violence or the death of close family members by execution or starvation, forced repatriation, arrest or detention.

About 48 per cent of the respondents said they had personally experienced violence perpetrated by the North Korean authorities, including beating, torture, rape and other sexual assault.

In a recent interview, US Secretary of State Mike Pompeo, who is in Hanoi for the summit, reaffirmed the US's commitment to speak out and act against human rights violations, including those in North Korea. 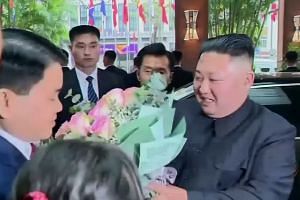 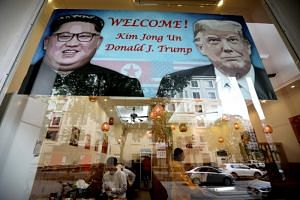 Why US should raise North Korea's human rights abuses

"The United States calls out human rights violations each place that we find them, whether it's the Chinese holding Muslim Uighurs inside of their country in detention camps, the activities in North Korea," Mr Pompeo said in an interview with CBS News this month.

"There is no nation that acts against violations of human rights in the way the American nation does, and President Trump has been at the forefront of doing that," Mr Pompeo added.

Trump signals softening of stance, scoffs at critics in US

However, the fact that human rights do not seem to be on the agenda for US-North Korea talks, has drawn notice from around the world.

"In North Korea, despite some welcome signs on the political track, there has been no improvement in the human rights situation," Lord Tariq Ahmad, the British minister of state at the Foreign and Commonwealth Office, told the UN Human Rights Council in Geneva on Monday.

"The Singapore meeting gave Kim - the leader of perhaps the world's most repressive regime - legitimacy and acceptance on the global stage while effectively undermining our policy of maximum pressure and sanctions," US senators from the Democratic Party said in the letter.

"Meeting the challenge of North Korea's nuclear weapons and missile programmes, as well as addressing other issues such as North Korea's systemic, gross violations of human rights, is of concern to all Americans and to our allies and partners."

She said progress towards a "nuclear-free Korean peninsula" that had started would have enormous rewards, including an improvement of the human rights situation.