BEIJING (BLOOMBERG) - China has a powerful financial-market arsenal for its trade tussle with America, including a hoard of Treasuries and its currency. But using those weapons is not without cost.

Beijing has vowed to retaliate should United States President Donald Trump follow through with his threat to raise tariffs on Friday (May 10) on US$200 billion (S$273 billion) of Chinese imports to 25 per cent from 10 per cent.

But simply responding with its own tit-for-tat tariffs is not China's most likely move, said Mr Brad Setser, a former Treasury official who is now a senior fellow for international economics at the Council on Foreign Relations.

"Matching the US dollar-for-dollar on the US tariffs would imply raising a 25 per cent tariff on all US imports, including those that go into China's exports," he said.

"China certainly could do that, but it would, in many cases, damage China directly."

Mr Trump pays attention to financial markets. He has often tweeted about stocks as they zoomed to record highs. After he announced the tariff hike on Sunday, the S&P 500 dropped every day.

China, the world's second-largest economy, has some market levers it can pull to escalate the battle. Here are some of them:

Chinese policymakers could devalue the yuan to offset the impact of US duties on China's economy. The offshore yuan weakened 5.5 per cent against the dollar in 2018, drawing Mr Trump's ire and fuelling speculation that the country was deliberately weakening its currency. While it has fallen 1.3 per cent this week, the currency rose on Friday after the People's Bank of China set its daily fixing at a stronger-than-expected level. 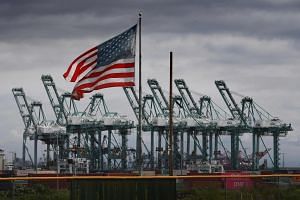 However, China's painful experience with devaluing the yuan in 2015, which prompted capital to flee the nation, is likely to dissuade a similar move, according to Ms Tao Wang, UBS Group AG's chief China economist and head of Asia economic research.

"China doesn't like the self-fulfilling outflows that come as a result of depreciation, which tend to diminish domestic confidence," she said.

"In addition, yuan depreciation last year angered the Trump administration and led to higher US tariffs."

Currency has been a focal point in the trade talks. The US has sought a yuan stability pact as part of an eventual deal, according to people familiar with the matter.

China owns US$1.1 trillion of US government debt, more than any other foreign nation. If it pared back its holdings in that US$15.9 trillion asset class, that could be a potent weapon. Bond markets were jolted last year by a report that Chinese officials recommend slowing or halting Treasury purchases.

However, China doesn't really have other good options for where to park its US$3.1 trillion in foreign-currency reserves - the world's largest stockpile - making this an unlikely path, according to Mr Ed Al-Hussainy of Columbia Threadneedle Investments. 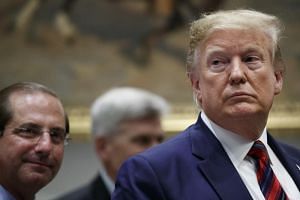 In addition, if China dumps Treasuries, that could cause prices to plummet, driving yields higher and devaluing whatever US debt the country is still holding. So far, bonds have rallied, not fallen.

"Any sharp moves higher in US yields both adversely impact the valuation of their existing Treasuries stock and could spark a dollar rally," the strategist said.

"The financial and FX stability risks of this policy could outweigh the benefits."

China, the biggest buyer of US soybeans, has already slapped a 25 per cent duty on them. Much of the crop is grown in Midwestern states that make up Mr Trump's electoral base, making its fate even more important to the President.

Before the trade negotiations soured, China made what US Agriculture Secretary Sonny Perdue described in February as some "good faith" purchases. Now, future buying might be up in the air. While devaluing the yuan or dumping Treasuries would be harder to pull off, baulking at soybeans would be a relatively easy move, Mr Setser said.

"There are some easy things for China to do", including withdrawing from soybeans, he said.

Futures on the crop have dropped 11 per cent since April 10.