TOKYO (REUTERS) - Japan's Covid-19 vaccination push has suffered a blow from widening reports of contamination in supplies of Moderna's vaccine.

Here are key aspects of the concerns:

When was it first reported?

The first contamination was reported to Moderna's local distributor, Takeda Pharmaceutical, on Aug 16. That led to the discovery of 39 vials containing foreign material, all from the same lot of 57,000, or about 570,000 doses.

On Aug 26, Japan said that, as a precaution, it had halted use of 1.63 million Moderna doses shipped to 863 vaccination centres nationwide.

On Sunday, a vaccination centre in Okinawa prefecture reported finding contaminants from a fourth lot, 3005293.

Black substances were spotted in syringes and a vial, with pink substances found in another syringe, the Health Ministry said.

A vaccine centre in Gunma prefecture near Tokyo found a tiny, black substance in a vial from lot 3005236.

The regional authorities temporarily halted use of the affected lots from Okinawa and Gunma. Later, the Health Ministry and Takeda Pharmaceutical said there were no safety concerns and no suspension of use was necessary.

The Okinawa cases were probably caused by needles being incorrectly inserted into vials, breaking off bits of the rubber stopper, Health Minister Norihisa Tamura told reporters on Tuesday (Aug 31).

What are the contaminants?

The ministry has not officially identified the particles, pending an investigation by Takeda Pharmaceutical, Moderna, and its Spanish contract manufacturing partner Rovi. The firms have also yet to comment on what the foreign material is.

Is there a safety issue?

Japan and Moderna have said that no safety issues were identified.

Two men, aged 38 and 30, died this month within days of receiving their second Moderna doses, the Health Ministry said last Saturday. Each had a dose from one of the suspended lots, 3004734. The causes of death are being investigated.

Each had a fever the day after the second dose and died two days after getting the fever. There has been no evidence of contaminants in their shots, a Health Ministry official told reporters.

By Aug 8, a total of 991 people had died in Japan after receiving Covid-19 shots from Pfizer-BioNTech, and 11 after receiving Moderna's. No causality has been established between the injections and deaths, according to the ministry.

About 500,000 people have had shots from the first three suspended batches, Mr Taro Kono, the minister in charge of the vaccine push, told reporters last Friday.

Four in running for Covid-19 vaccines in Japan, but regulations causing lags

Are other countries also affected?

Rovi, which packages Moderna vaccines for markets other than the United States, said last week the batch in question was meant for distribution only in Japan.

South Korea, which also receives Moderna vaccines produced from sites in the United States and Spain, said it was not affected.

Last week, the European Union drugs regulator said it was investigating the incident, but an initial assessment yielded no reason to seek a temporary suspension of production. 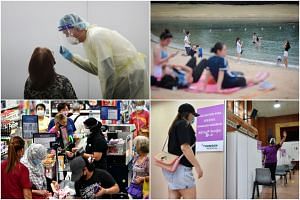 S'pore's new measures to control spread of Covid-19: What you need to know 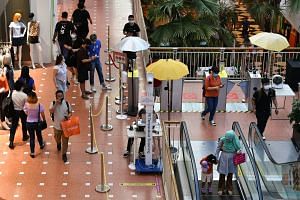 S'pore's Covid-19 fight: No good options going forward, so it is a matter of choosing the least bad one 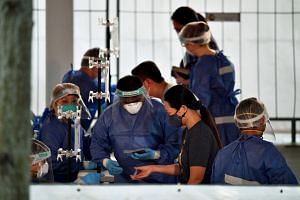 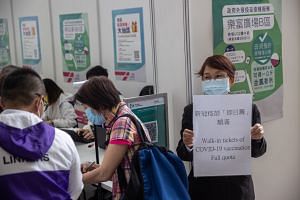 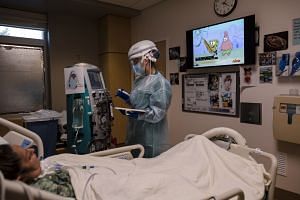 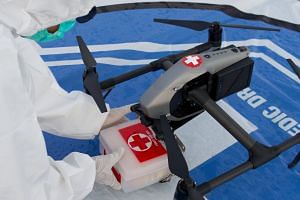 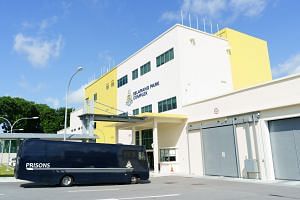 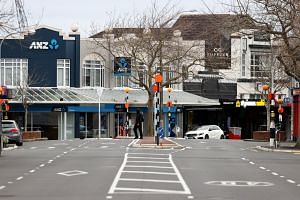