SYDNEY (AFP) - Australia's hard-right One Nation Party faced a barrage of outrage on Thursday (March 28) after its leader Pauline Hanson was captured on camera suggesting the county's worst gun massacre was a conspiracy.

In footage from an Al Jazeera undercover investigation, Ms Hanson floats the idea that the 1996 Port Arthur shootings, which left 35 people dead, were a false flag operation.

"An MP said it would actually take a massacre in Tasmania to change the gun laws in Australia," she told an undercover journalist posing as a gun lobbyist.

"Those shots, they were precision shots," she continues. "I've read a lot, and I've read the book on it - Port Arthur. A lot of questions there," she added.

Australia was rocked in 1996 when gunman Martin Bryant went on a rampage with semi-automatic weapons at the historic Tasmanian colonial convict site of Port Arthur.

Hundreds of thousands of weapons were destroyed in a nation-wide amnesty, marking a turning point for a country that had a traditionally high rate of gun ownership. 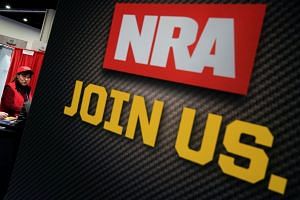 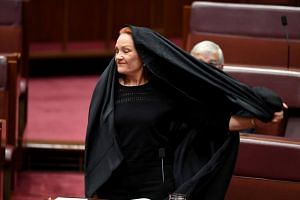 The reforms made Australia the gold standard for gun control advocates, and the laws retain overwhelming public support.

The footage is a second hammer blow to Ms Hanson ahead of elections expected in May.

Ms Hanson was condemned by all political quarters on Thursday.

"The comments particularly last night and the linkages to Port Arthur, I'm sure all Australians would be shocked about," he told reporters.

Gun laws "have kept Australia safe for 20 years", Mr Morrison said. "When it comes to this issue, we cannot allow it to be compromised or sliced away."

After days of mounting pressure, Mr Morrison said his party would rank One Nation below the opposition Labor party on voting cards in the upcoming election.

Under Australia's voting system parties jostle for voter preference, as secondary votes can be critical, particularly in marginal seats like those in northern Australia where One Nation enjoys its largest support.

Mr Morrison had resisted attacking Ms Hanson and her party, fearing One Nation voters would not list the Liberal party as a preference.