Deforestation, loss of peatlands, mangroves and grasslands for large-scale agriculture are degrading life-giving soils that humanity needs to feed and clothe itself, cutting yields, threatening the food supplies for millions of people and risking mass migration.

Such large-scale damage to the environment is making the land more vulnerable to risks from more extreme weather which, in turn is fuelling more severe temperature and rainfall changes locally in a vicious circle, the report by the Intergovernmental Panel on Climate Change (IPCC) finds.

The far-reaching study by more than 100 authors from 52 countries was finalised on Wednesday in Geneva after nearly a week of negotiations between scientists and policy-makers from 195 countries. The authors examined thousands of studies over almost three years to better assess the links between climate change, food security, land degradation and desertification, which is the process of land degradation in dry land areas.

The report is a vital guide for governments as climate change risks grow in a world where the population is heading for 10 billion people by mid-century, threatening to place even greater strains on the planet's limited resources.

The IPCC last October looked at the steps needed to limit global warming to 1.5 deg C, a key goal of the Paris Climate Agreement. It concluded that deep emission cuts are needed before 2030 to achieve this.

While last year's report looked at the sources of emissions, this year the focus is on how human activity is eroding the planet's natural defences to climate change. 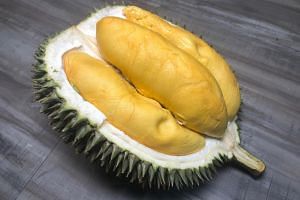 The link between durian and climate change: IPCC report says how we use land affects planet

IPCC report on the effects of climate change: A look at the key findings

LAND USE TO BE PART OF GLOBAL CLIMATE CHANGE EFFORT

The report says Earth's land surface area is a key part of the solution to reducing the risks from climate change. The land, from tropical forests and peatlands to desert grasslands, soak up large amounts of planet-warming carbon dioxide, the main greenhouse gas. It is part of a natural cycle in which carbon is produced and recycled by plants on land and organisms in the oceans as a way to regulate the climate.

But large-scale burning of fossil fuels, such as oil, gas and coal, as well as clearing and burning forests, has disrupted the natural order, leading to ever greater amounts of carbon dioxide (CO2) that nature can no longer absorb, fuelling a warming world.

The IPCC said the land should be part of any global effort to keep the world from overheating.

"But keeping global warming to well below 2 degrees Celsius can be achieved only by reducing greenhouse gas emissions from all sectors including land and food," the IPCC says.

The report finds that there are many solutions to reduce the impacts on farmlands, including switching to less intensive farming, ecosystem conservation and land restoration, reduced deforestation, cutting food waste and switching to climate-friendly diets.

During a press conference on Thursday (Aug 8), Dr Valerie Masson-Delmotte stressed the need for early action.

She said: “It takes time for ecosystems, soils and trees to take up carbon, so early action gives more benefits. It also takes time for education, capacity building and training, so the practices are learnt and can be implemented.”

“These reasons are why early action is particularly important in the land sector.”

"Food security will be increasingly affected by future climate change through yield declines -especially in the tropics - increased prices, reduced nutrient quality, and supply chain disruptions," said author Priyadarshi Shukla from India. "We will see different effects in different countries, but there will be more drastic impacts on low-income countries in Africa, Asia, Latin America and the Caribbean," he said in a statement.

The report also highlights the changes in diets in recent decades, where the supply of meat and vegetable oils has more than doubled since 1961 as well as the disparity between those with access to food and those who don't.

There are about 2 billion adults who are overweight or obese, while an estimated 821 million people are still undernourished.

"The conclusion that we reached from the report is that the land that we are already using could feed the world in a changing climate and even provide biomass for renewable energy and to help reduce greenhouse gas emissions. But it takes early and far-reaching action on several fronts," said Dr Andy Reisinger, an IPCC vice-chair and Deputy Director (International) for the New Zealand Agricultural Greenhouse Gas Research Centre.

That included much better land management and careful planning on where to grow energy crops for renewable energy in a way that does not harm nature or threaten food security.

"Land can't help us get out of climate change problems on its own. It has to be part of a broader mix. There are ways in which we could really make mistakes by focusing too much on land as a way to address climate change," he told The Straits Times.

For a country that imports more than 90 per cent of its food, food security is an existential priority for Singapore. The Singapore Food Agency said it has three broad strategies to ensure this: it aims to diversify import sources, grow local, and grow overseas. 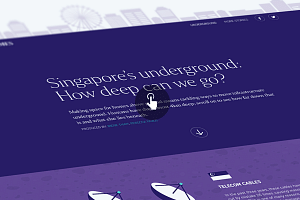 At present, between 25 and 30 per cent of total food produced is lost or wasted, the report says.

Food waste is a big problem in Singapore, with a recent study by the Singapore Environment Council (SEC) and consultancy firm Deloitte Singapore finding that close to one-fifth of imported and locally farmed fresh produce here is lost along the food supply chain every year, amounting to a loss of $2.54 billion.

The Singapore Food Agency (SFA) and the National Environment Agency said they have strategies to reduce food waste, which includes food waste minimisation guidebooks for supermarkets, food retailers and food manufacturers to guide them in developing plans to minimise food waste as well as implementing practices to achieve it and cut down food loss.

In addition, an SFA spokesman said the agency is exploring the introduction of Good Samaritan laws in Singapore, to ease concerns about donating excess food.

She added: "However, it is important to ensure that any food donated is fit for consumption. In considering the feasibility of such laws, there is a need to strike a balance between facilitating food donation, and ensuring that food donors and food distributors exercise due care and practise good hygiene when distributing donated food."

Professor William Chen, the Michael Fam Chair Professor and Director of the Nanyang Technological University’s (NTU) Food Science and Technology Programme said consumers need to be better aware of the importance of reducing the stress on the global food system, not just in terms of agriculture, but the entire food chain.

He told The Straits Times: “This may include finding ways to reduce food loss and food waste.

“While food loss may be beyond consumers' reach, one can certainly put in effort to reduce food waste by changing one’s diet preference from beef to fish, eating less but more nutritious food, or cooking less, among others.”