Former vice-president Mike Pence is making his first public appearance since leaving office in the early presidential primary state of South Carolina on Thursday, as he and other potential 2024 Republican candidates carefully test the waters with Donald Trump looming in the background.

Trump is holding out the possibility that he could run again in 2024, which is largely leaving the rest of the GOP field on tenterhooks, even as they have begun to make the rounds in early primary states.

The former vice-president, who led the Trump administration's coronavirus task force, plans to tour the Edward Via College of Osteopathic Medicine to discuss its contributions to the state's Covid-19 response, meet privately with pastors in Columbia, and speak in the evening to the Palmetto Family Council, a social-conservative group.

The former vice-president has kept a low profile since leaving office, and has kept his distance from his former boss. 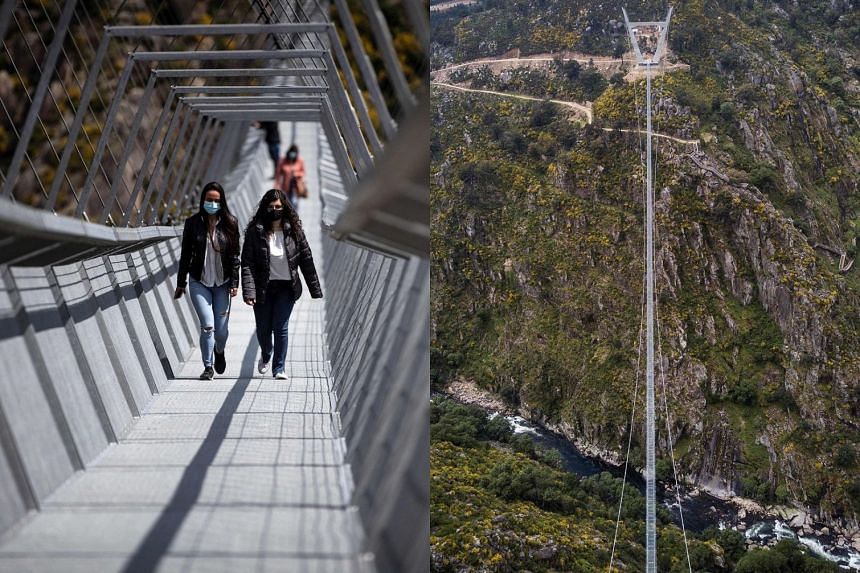 Hugo Xavier became one of the first people to cross the world's longest pedestrian suspension bridge when it opened on Thursday near his tiny hometown of Arouca in northern Portugal.

"Oh... here we go!," the 42-year-old said anxiously as he gathered enough courage to step onto the see-through metal grid pathway of the 516m-long bridge alongside his equally jittery partner and a tour guide.

Hidden between rock-strewn mountains covered with lush greenery and yellow flowers inside the Unesco-recognised Arouca Geopark, the wobbly bridge hangs 175m above the fast-flowing River Paiva.

A post shared by The Prince and Princess of Wales (@princeandprincessofwales)

Britain's Prince William and Kate, the Duke and Duchess of Cambridge, celebrated 10 years of marriage on Thursday with a video of the couple and their children enjoying the countryside.

William, the Queen's grandson and second in line to the throne, married Kate on April 29 2011 in Westminster Abbey in a ceremony watched by millions around the world.

On Thursday, they posted a video showing the couple exploring a beach and roasting marshmallows with their children George, seven, Charlotte, five, and Louis, three.

Hamilton plans to stay in F1 after exciting start to season 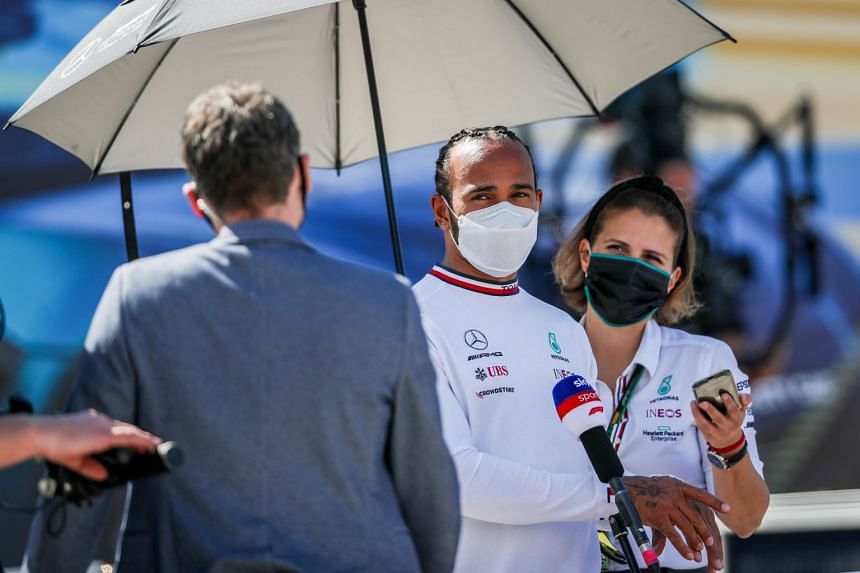 Seven-times world champion Lewis Hamilton said on Thursday he planned to be in Formula One next season, was enjoying this year's title battle and had already been laying the groundwork for 2022.

The 36-year-old, who is out of contract with Mercedes at the end of this year, tested Pirelli's 18-inch 2022 tyre compounds at Imola this month.

Never a big fan of testing, the Briton told reporters ahead of the Portuguese Grand Prix that for once he had volunteered to take part. "I plan to be here next year and I want to help Pirelli... move forward and having a better product," said Hamilton.

Five people have been arrested in connection with the snatching at gunpoint in February of Lady Gaga's dogs, a Los Angeles police spokesman said on Thursday.

The singer's two dogs were returned two days after they were stolen in Hollywood.

The French bulldogs were snatched at night after their dog walker was shot in the chest.