Governments around the world are grappling with how to tackle false information and violent or extremist content online and on social media. Here's a look at what some countries are doing.

Singapore on April 1 proposed a law to combat online fake news. Under the draft law, those who spread online falsehoods with a malicious intent to harm public interest could face jail terms of up to 10 years.

Internet platforms including social media sites like Facebook or Twitter will also be required to act swiftly to limit the spread of falsehoods by displaying corrections alongside such posts, or removing them. Failure to comply could result in fines of up to S$1 million. Individuals can also be directed to put up similar corrections, and could be fined up to S$20,000 and jailed up to 12 months if they refuse to do so.

Malaysia's previous government led by the Barisan Nasional (BN) coalition was among the first few countries to introduce an anti-fake news law. The law passed in April last year makes it a crime for someone to maliciously create or spread fake news and anyone found guilty can be imprisoned for up to six years and fined as much as RM500,000 (S$165,390).

The new Pakatan Harapan government, which ousted the BN from power at last May's election, has pledged to repeal the law but the move was blocked by the opposition-led Senate last September.

Australia on April 4 said it will fine social media and web hosting companies and imprison executives if violent content is not removed "expeditiously", Reuters reported. Under the new law, companies could face fines of up to 10 per cent of their annual global turnover, while executives could be sentenced to up to three years jail if they do not remove any videos or photographs that show terrorism, murder, rape or other serious crimes without delay. 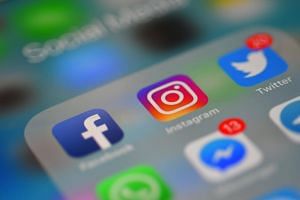 European lawmakers were on Monday (April 8) set to vote on new online terror content removal rules under which technology firms like Facebook, Twitter or Google could face fines if they fail to eliminate terror propaganda from their sites quickly enough, Bloomberg reported.

Germany passed a law in January last year for social media companies to quickly remove illegal content such as hate speech, child pornography, terror-related items and false information from their sites, AFP reported. Sites will be given a 24-hour deadline to remove banned content or face fines of up to 50 million euros (S$76.2 million).

France last October passed two anti-fake news laws to rein in false information during election campaigns following allegations of Russian meddling in the 2017 presidential vote, AFP reported. They enable a candidate or political party to seek a court injunction preventing the publication of "false information" during the three months leading up to a national election. They also give France's broadcast authority the power to take any network that is "controlled by, or under the influence of a foreign power" off the air if it deliberately spreads false information.

Last month, President Vladimir Putin signed into law tough new fines for Russians who spread what the authorities regard as fake news or who show "blatant disrespect" for the state online, Reuters reported.

Authorities may block websites that do not meet requests to remove inaccurate information. Individuals can be fined up to 400,000 rouble (S$8,302) for circulating false information online that leads to a "mass violation of public order".