SINGAPORE - The gender lens will be applied across several discussions during the World Economic Forum's (WEF) special annual meeting in Singapore in August.

It will be part of the discussions on economic recovery, broader societal revival that involves education, skills and job creation, as well as industrial transition towards a greener economy, WEF managing director Saadia Zahidi told The Straits Times.

A major focus of the meeting will be on technology and the new opportunities and markets being created as industries recover.

Ms Zahidi heads WEF's Centre for the New Economy and Society and programming for the meeting in Singapore, which is being billed as the world's first in-person meet of leaders since the Covid-19 pandemic.

It will be the first time that the WEF will hold its annual meeting in Asia and the second time that it will be held anywhere outside of Davos. WEF's 2002 meeting was held in New York in a show of solidarity with the people of the United States after the Sept 11 terror attacks the year before.

"We're going to leverage your location to do something special," Ms Zahidi said, adding that she was impressed with the efforts made by Singapore to allow visitors for the special meeting later this year.

The interview with Ms Zahidi, who led a WEF team to Singapore last week, took place over Zoom on Tuesday (March 30).

"What we have is ongoing communities with each having a purpose," she said, adding that these would meet under very safe conditions in Singapore to "do something special in this special environment in a part of the world that has handled the pandemic very well".

Asked if people would be ready to travel by then, she said she was optimistic, given that vaccinations would be completed by early summer in many parts of Europe and North America.

"And we've obviously been speaking to quite a few of our constituents (in) all of those communities, and there's a very positive reaction," she said. 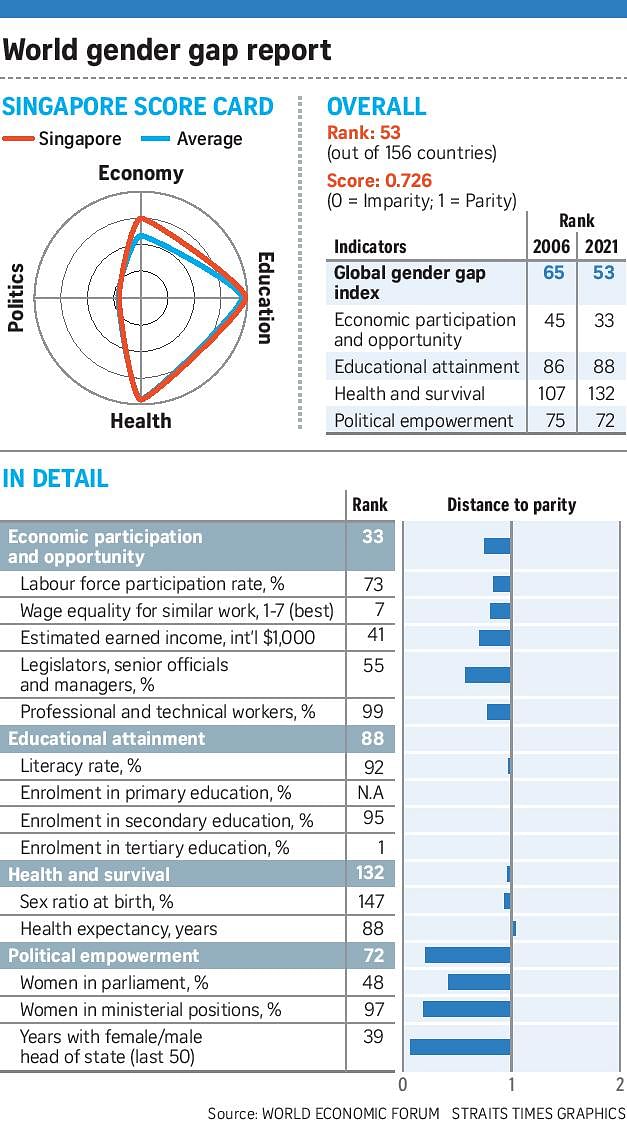 Covid-19 pandemic has pushed gender parity back a generation: WEF