Many businesses are cheering the move, which happened Saturday morning (June 29) in Japan on the sidelines of the Group of 20 meeting of world leaders.

Mr Trump and Chinese President Xi Jinping agreed to keep talking, reviving hopes of a deal soon. Mr Trump called his time with Mr Xi "great" and "beautiful." Many expected a restart in trade talks, which collapsed two months ago, leading Mr Trump to increase tariffs on the Chinese and pursue sanctions on the Chinese tech behemoth Huawei.

But China got almost all of what it wanted from this meeting: Mr Trump agreed to hold off on more tariffs, and he made some concessions regarding Huawei. In exchange, Mr Trump said,Mr Xi agreed to buy more US farm products.

It's too soon to tell whether the fragile truce will hold, but for now, here's a rundown of the winners and losers from this round of US-China talks.

China may have lost at the World Cup in France, but the nation had a strong showing at the G-20. China won some concessions from the United States. Mr Trump agreed he would not put tariffs on the remaining US$300 billion (S$406 billion) of Chinese imports while they keep talking. Mr Trump also rolled back some restrictions on Huawei, which faced a far darker future if it couldn't do business with US tech companies.

In exchange, China agreed to resume some purchases of US agricultural products - something China wants anyway and has been offering for more than a year. (It's not clear how much China will buy.) 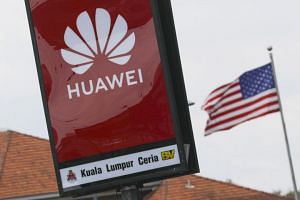 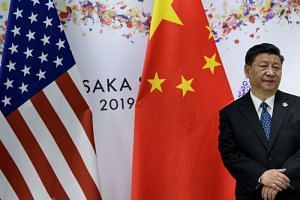 Beijing keeps its guard up despite winning concessions

Walmart, Target, Amazon heaved a big sigh of relief. Mr Trump had threatened to put tariffs on all remaining Chinese imports, including items such as smartphones, baby products and shoes. But those tariffs are off the table for now. This is a huge win for retailers who typically import nearly all the products for the major holiday shopping period in July, August and September.

Mr Trump's current tariffs cost a family of four about US$800 more a year. Had he gone ahead with his threat to tax all remaining Chinese imports, a typical family's costs would have more than doubled to over US$1,800.

The US government has accused Chinese tech giant Huawei of using its phones and other products to basically spy on Americans. The Commerce Department had restricted US companies from doing business with Huawei, but Mr Trump relaxed the ban this weekend. It's a big win for Huawei because Mr Trump overruled some of his advisers - and even GOP senators - with the move. It also means Mr Trump is willing to make Huawei part of the trade negotiations, something the Chinese wanted but some Trump advisers tried to keep separate because they argue doing business with Huawei presents a national security concern.

The stock market surged this month, with the Dow Jones industrial average having its best June since 1938. Wall Street investors bet Mr Trump would restart trade talks, and that's exactly what happened. Investors also cheered the Federal Reserve's indication that it would cut interest rates, if necessary, to boost the economy if Trump's trade war really starts to bite.

People concerned about China's rising influence - and its economic and national security challenges to the United States - are unlikely to be pleased with the deal. They include Secretary of State Mike Pompeo, whom the Chinese press calls the "cheerleader of hatred." Mr Pompeo has been a major advocate of tough sanctions on China. There's also adviser Peter Navarro, who wrote the book "Death by China" and found himself seated at the end of the negotiating table watching as Mr Trump agreed to abandon his biggest potential blow to China: tariffs on all imports.

Lawmakers on both sides of the aisle, including Senator Marco Rubio, a Republican from Florida, and Senate Minority Leader Chuck Schumer, a Democrat from New York, have all expressed alarm about Mr Trump showing weakness in his trade negotiations with China, particularly on Huawei. Mr Trump's decision to relax restrictions on the Chinese tech giant as part of a trade negotiation is likely to draw criticism. 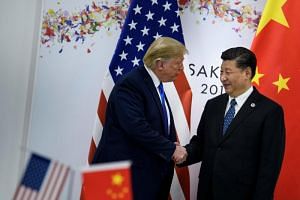 China still cautious, prepared for a no-deal outcome with US despite early trade concessions

Democratic presidential candidates have struggled to go after Mr Trump on trade. Their best attack line - which Mr Pete Buttigieg used in the debates last Thursday - is to claim Mr Trump's tariffs are the wrong way to go after China because they just raise prices for Americans. But Mr Trump's decision not to impose the supersize tariffs on China lessens the pain on consumers.

He got talks restarted, which will benefit markets and potentially the economy going into the 2020 campaign. But he gave up a lot to China to get there. He backtracked on his big tariff threat, something China, Europe and other powerful nations are unlikely to forget as trade talks continue around the globe. It's still possible Mr Trump will be able to make a deal with China that gets some major concessions from Mr Xi, but in this round, he appeared very eager to work with the Chinese.

Even as some critics chastised Mr Trump's approach to the China negotiations, there was broad agreement that China needed to make critical reforms to its economy and make it a more level playing field for foreign businesses. It's uncertain whether Mr Trump's decision to de-escalate will make more likely a deal that forces China to take up those changes.

China appears ready to resume purchases of soyabeans, meats and other farm goods from the United States. That should help lift prices a little after a brutal year, but it's unclear whether China will resume the same level of purchases as before the trade war (let alone do more). Like every other business, farmers want certainty, and they don't have that yet.

The top US trade negotiator is the key player from here. He is the one who has to hammer out the details of any final agreement with China. There's still a lot left to do, especially to get China to actually change its policies on foreign competition and intellectual property. It's unclear whether this meeting helped or hurt his hand, especially with Mr Xi stressing "negotiations should be equal and show mutual respect."