WASHINGTON - President Donald Trump's Supreme Court nominee Brett Kavanaugh has been accused by at least three women of sexual misconduct, jeopardising his chances of being confirmed for the top court in the United States.

Here's what you need to know about the scandal:

WHO IS BRETT KAVANAUGH?

A Yale law school graduate, Judge Kavanaugh, 53, was born in Washington DC. Since 2006, he has served on the influential US Court of Appeals for the District of Columbia Circuit.

He previously worked as a White House lawyer and adviser under former president George W. Bush and in the 1990s worked for Mr Kenneth Starr, the independent counsel who investigated then president Bill Clinton and helped draft the report calling for his impeachment.

As an ideological conservative, he would be expected to push the court to the right on a number of issues.

WHAT ARE THE ACCUSATIONS?

Dr Ford accused Judge Kavanaugh of pinning her down to a bed and attempting to remove her clothing. When she tried to scream, he allegedly covered her mouth with his hand. Judge Kavanaugh has denied the accusation.

Ms Ramirez said Judge Kavanaugh had thrust his penis in her face and caused her to touch it without her consent as she pushed him away.

On Wednesday, a third woman, Ms Julie Swetnick, came forward to state she had witnessed sexually abusive behaviour by Judge Kavanaugh and also claimed that she was gang-raped at a party he attended in the early 1980s. 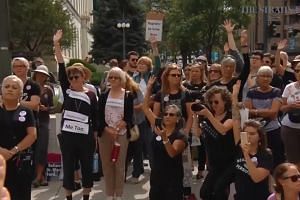 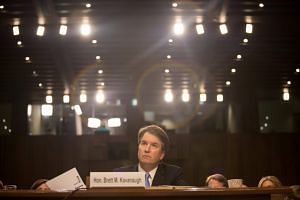 She has alleged that she saw Judge Kavanaugh behave as a "mean drunk" at the parties and witnessed the "fondling and grabbing of girls without their consent".

She said she was drugged and gang-raped at a party in approximately 1982 at which Judge Kavanaugh was present. She did not claim that Judge Kavanaugh took part or was aware of her rape, but said that he and other boys in his circle engaged in similar behaviour.

Reports have also emerged of at least one additional allegation of misconduct against Judge Kavanaugh, with an anonymous letter accusing him of physically assaulting a woman he socialised with in the Washington area in 1998 while he was inebriated.

WHY IS IT IMPORTANT?

Supreme Court judges are appointed for life. Given that Judge Kavanaugh is relatively young at just 53, he could serve for decades.

The nine-member Supreme Court is the ultimate arbiter on contentious laws and disputes between states and the federal government. Some of its landmark judgements have been centred on issues such as abortion, the death penalty, voter rights and immigration policy.

The court currently has a 5-4 conservative majority and if Judge Kavanaugh is appointed, it would take the court further to the right.

WHAT HAS MR TRUMP SAID?

On Wednesday, Mr Trump said he was open to pulling his nomination for Judge Kavanaugh if he found the evidence against him convincing.

"I can always be convinced," Mr Trump said at a press conference on the eve of a Senate hearing of the claims made by Dr Blasey Ford. "If I thought he was guilty of something like this, yes, sure. I want to watch. I want to see."

But he also described Judge Kavanaugh as a "great gentleman" and said he was sceptical of the claims against him, based on his personal experience of being the target of "false statements" made by various women in the past.