WASHINGTON (AFP) - In a move that could harden Washington's posture towards Beijing for years, the US intelligence community has characterised relations with China as a global ideological showdown that will not be doused by trade deals or commercial theft crackdowns.

US spy chiefs abruptly shifted their view of the superpower rivalry this week to something much deeper than a contest over markets, technology and geopolitics.

The annual Worldwide Threat Assessment released by Director of National Intelligence Dan Coats instead said China is seeking to propagate "authoritarian capitalism" to counter Western liberal democracy, in an echo of the decades-long Cold War.

"Chinese leaders will increasingly seek to assert China's model of authoritarian capitalism as an alternative - and implicitly superior - development path abroad, exacerbating great-power competition that could threaten international support for democracy, human rights, and the rule of law," it said.

It added the "coming ideological battle" will be marked by "a period of increased Chinese foreign policy activism and a Chinese worldview that links China's domestic vision to its international vision", including the idea that market-oriented authoritarian regimes are superior.

They also say it goes far beyond the views of Mr Trump, who has treated relations with China as more transactional.

"Now that China is so successful, there is an ideological battle for which system works best," he told AFP.

"There are a lot of poor and developing countries which have looked at what China has accomplished with awe and admiration, and they are wondering if that system will work for them."

"For a long time, Chinese officials went out of their way to say that they didn't see themselves as presenting an alternative model," he said.

"Now it is an ideological competition because the Chinese see it that way." 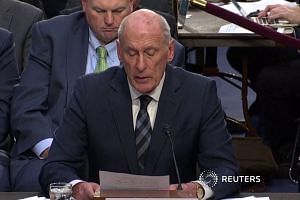 China most active in cyber espionage against US: Director of National Intelligence Dan Coats 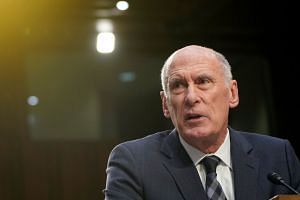 China likely to step up militarisation in South China Sea: US intelligence report

But Mr Xi differs from Mao Zedong, the iconic leader who sought to advance his version of Marxism-Leninism throughout the developing world in the 1950s and 1960s, Dr Friedberg said.

Mr Xi's government is, he explained, "doing things that have the effect of weakening democratic institutions in places where they are not perhaps deeply rooted", such as Central Europe and Africa.

"In Africa and elsewhere, their preferred partners are often authoritarian rulers, reducing the chances that those countries will have liberal political systems," he said.

According to Mr Tarun Chhabra of the Brookings Institution, the US intelligence community now believes China is deliberately attacking fundamental US values on the world stage.

"Our values are inherently threatening to the Chinese Communist Party by virtue of our fundamental commitment to free speech," said Mr Chhabra.

"A commitment to the idea that the state doesn't have a monopoly on the truth is 'ideological' and profoundly dangerous for the CCP," he said.

He cited two developments driving the decision to brand it an ideological battle.

First is the interment of nearly a million Muslim Uighurs in western China in an effort to "stamp out" their identity, he said.

That "really lays bare a fundamental clash between those who believe in upholding the individual dignity of all people, and those who justify virtually anything in the name of internal security".

Second, Mr Chhabra said, was Beijing's combining massive digital surveillance with a social credit apparatus, which could one day give the CCP social control "to a degree that Mao himself probably never dreamed about".

US-China relations have deteriorated steadily over the past five years of Mr Xi's determined projection of China's influence around the globe.

Dr Friedberg said the new stance by US spy chiefs was a message to Mr Trump, who unlike previous presidents speaks little of liberal democratic values, and avoids seeing the Washington-Beijing relationship as a fundamental fight between models of governance.

"I think that this statement by the Director of National Intelligence is drawing attention to something which the administration for various reasons has chosen to downplay. It's their interpretation of reality, that differs somewhat from the people at the top of the administration."

"He seems to be oddly sympathetic to illiberal regimes," Dr Friedberg said of Mr Trump.