BEIJING/WASHINGTON (REUTERS, BLOOMBERG) - China on Wednesday (July 11) vowed to take “countermeasures” after the United States said it would slap 10 per cent tariffs on an extra US$200 billion worth of Chinese imports.

“The Chinese government as always will have no choice but to take the necessary countermeasures,” said China’s ministry of commerce in a statement, without elaborating further.

“This type of irrational behavior is unpopular,” the statement said, adding China would tack on the case to its suit against the US at the WTO.

The proposed new round of US tariffs mark a sharp escalation in a trade war between the world's two largest economies, which each began levying 25 per cent tariffs on US$34 billion worth of goods against the other on July 6, with tariffs on another US$16 billion in goods on the cards.

The proposed US duties on US$200 billion worth of Chinese imports could take effect after public consultations end on Aug 30, according to a statement from the US Trade Representative's office on Tuesday (July 10).

The proposed list of goods includes consumer items such as clothing, television components and refrigerators as well as other high-tech items, but it omitted some high-profile products like mobile phones. 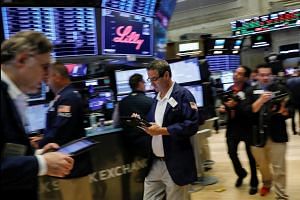 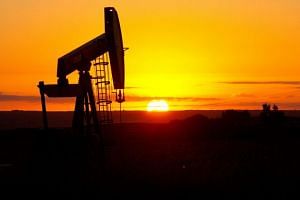 The US said it had no choice but to move forward on the new tariffs after China failed to respond to the administration's concerns over unfair trade practices and Beijing's abuse of American intellectual property, according to two senior officials who spoke to reporters.

Li said that the latest US proposals would hurt both countries and pointed to declines in Chinese export growth and overseas investment to the US in the first half of this year.

“It looks like the US just took the scale of the trade frictions to another level,” Li said at a forum in Beijing. “Right now, world trade is relatively chaotic. We believe the US measures interfere with economic globalisation and damage the world economic order.”

Li said the only correct choice for China-US relations was cooperation, and that China’s determination to improve the domestic business environment and its support for the multilateral trading system will not change.

Although it was not a direct reaction to the new move from Trump’s administration, the official English-language newspaper
China Daily said in an editorial that Beijing had to stand up to Washington.

“China has no option but to fight fire with fire. It has to resolutely fight back while taking proper measures to help minimize the cost to domestic enterprises and further open up its economy to global investors,” it said.

"For over a year, the Trump administration has patiently urged China to stop its unfair practices, open its market, and engage in true market competition," US Trade Representative Robert Lighthizer said in an e-mailed statement.

"Unfortunately, China has not changed its behaviour - behaviour that puts the future of the US economy at risk. Rather than address our legitimate concerns, China has begun to retaliate against US products. There is no justification for such action."

High-level talks between the two countries starting in May had failed to deliver a breakthrough to head off a trade war.

Trump has said he may ultimately impose tariffs on more than US$500 billion worth of Chinese goods - roughly the total amount of US imports from China last year. China has pledged to fight back dollar-for-dollar.

Some US business groups and senior lawmakers sharply criticised the latest action on Tuesday, with Senate Finance Committee Chairman Orrin Hatch, a Republican, saying it “appears reckless and is not a targeted approach.”

The US Chamber of Commerce, which has supported Trump’s tax cuts and efforts to reduce regulation of businesses, also criticised the administration’s move.

“Tariffs are taxes, plain and simple. Imposing taxes on another US$200 billion worth of products will raise the costs of every day goods for American families, farmers, ranchers, workers, and job creators. It will also result in retaliatory tariffs, further hurting American workers,” a Chamber spokeswoman said.

The Retail Industry Leaders Association, a lobby group representing the largest US retailers, said: “The president has broken his promise to bring ‘maximum pain on China, minimum pain on consumers.’

“American families are the ones being punished. Consumers, businesses and the American jobs dependent on trade, are left in the crosshairs of an escalating global trade war,” said Hun Quach, the head of international trade policy for the group.

Louis Kuijs, Hong Kong-based Head of Asia Economics at Oxford Economics, said China's policy response is likely to be limited for now.  “In part because they have only limited ammunition and in part because it’s still early in the process on the US side,” Kuijs said.

The International Monetary Fund has warned that a full-blown trade war could undermine the broadest global upswing in years. But Trump hasn't backed down, arguing that China's unfair trading practices are hurting American workers.

The president last month asked the US Trade Representative's office to identify US$200 billion of Chinese goods that could be hit with 10 per cent tariffs.

Since then, the president has said his administration could impose duties on virtually all Chinese imports into the US

Trump has been considering tariffs against China since his officials concluded in March that Beijing violates US intellectual-property rights, such as by forcing American firms to hand over technology.