CHICAGO (AFP) - A man in the US state of Kansas who shot dead an Indian immigrant while shouting “get out of my country,” was sentenced on Friday (May 4) to life in prison.

Adam Purinton had previously pleaded guilty to the racial slur-filled, drunken attack in February last year at a suburban bar and restaurant in the Midwestern state.

Srinivas Kuchibhotla, 32, was killed in the assault in the Kansas City suburb of Olathe. His friend Alok Madasani, also Indian, was injured along with a bystander, Ian Grillot, who tried to intervene.

The 52-year-old Purinton received the maximum punishment for the murder, and two sentences of 165 months each for the attempted murders, the prosecutor’s office said.

While Purinton would be eligible for parole in 50 years, he was likely to spend the rest of his life in prison.

He is also facing federal hate crime and firearms charges, which could result in the death penalty. Purinton has pleaded not guilty in the federal case.

Witnesses told US media that Purinton screamed racial slurs and shouted “get out of my country!” at the two victims, before opening fire inside Austin’s Bar and Grill. 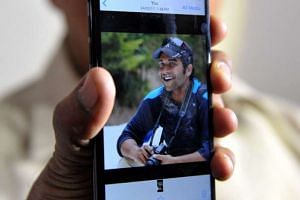 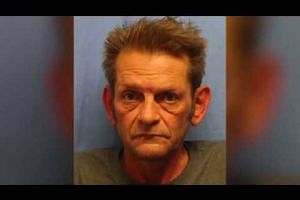 Purinton was captured later in the day at a restaurant, where he had allegedly boasted of killing Middle Easterners, according to the Kansas City Star newspaper.

The shooting came a month after President Donald Trump was sworn into office – and ignited international outrage amid concerns of rising racial prejudice following the Republican’s divisive election campaign.

With thousands of Indians visiting the United States every year for work or study – especially high-skilled tech workers via H-1B visas – the attack triggered shockwaves overseas.

In the weeks after the attack, Indians were concerned that animus against immigrants was on the rise in the US.

Hundreds of mourners had marched through the Kansas City suburb in memory of the victim and also honoured Grillot. They held a vigil with Hindu, Christian, Jewish, Muslim and Sikh prayers.