WASHINGTON (WASHINGTON POST) - Under questioning by lawmakers, the outgoing chief of the United States Federal Aviation Administration (FAA) said that key decisions made by pilots contributed to the crashes of Boeing 737 Max jets in Indonesia and Ethiopia, killing 346 people.

An automated anti-stall feature on the 737 Max activated when it was not supposed to in the October crash in Indonesia, acting FAA Administrator Daniel Elwell said at a House hearing on Wednesday (May 15). That sent the plane's nose down repeatedly.

The pilots should have responded by turning off the motors to the part of the airplane that was forcing it downward, but they did not, Mr Elwell said.

When the same automated feature, known as the Manoeuvring Characteristics Augmentation System (MCAS), mistakenly kicked in less than five months later on the 737 Max involved in the Ethiopia crash, the pilots "didn't adhere to the emergency" directive issued by the FAA in November, Mr Elwell said.

While the pilots did turn off the motors, they did not control the plane's speed, Mr Elwell said of the Ethiopian Airlines pilots. "(Then), about a minute before the end of the flight, they turned them back on. Both of those things are unfortunate, obviously," he said.

"There are so many pieces to any accident. I've never looked at an accident where there weren't three or four of five links in the chain, any one of which, if it hadn't gone wrong, the plane would have survived," Mr Elwell said.

He made the comments as he faced sharp questions from lawmakers on Capitol Hill about how his agency certified the safety of the 737 Max. 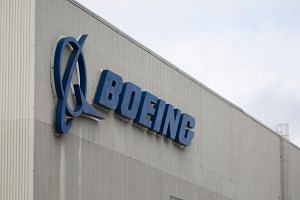 Questions focused on an FAA certification system that gives Boeing and other manufacturers far-reaching powers to oversee themselves.

Lawmakers also asked Mr Elwell how the FAA and Boeing plan to assure travellers and aviation authorities around the world that the 737 Max is safe to resume flying.

"I want to emphasise at the outset that the FAA welcomes scrutiny that helps make us better. That is how our global leadership will endure," Mr Elwell told the committee.

Republicans on the committee came to the defence of FAA leadership and also raised questions about the pilots' role in the two crashes.

"No matter what other countries say, I have not seen anything that questions my confidence in the FAA's safety judgment to date," said Representative Garret Graves.

Family members of those killed in the Ethiopian Airlines crash attended the Transportation Committee hearing. They, international regulators, and US lawmakers, among others, have pushed for answers on how the FAA certified the safety of the plane, including the MCAS.

In both crashes, investigators say, the automated system repeatedly pushed the planes' noses downward, thwarting pilots who were struggling to regain control, contributing to the crashes.

Boeing has been working on a software fix for the system, which will make it use information from two external sensors rather than one. It will also essentially reduce the strength of the system so it cannot overpower pilots.

But Representative Sam Graves, the ranking Republican on the full transportation committee, said information from preliminary investigative reports shows there were pilot-related issues with the Indonesian and Ethiopian crashes.

In the case of Indonesia's Lion Air flight, the pilots who flew the plane the day before the crash turned the autopilot off when the plane began to buck into the nose-down position, but "it does not appear that they fully reported the problems", and the plane was "serviced and cleared for flight".

Mr Graves also noted that a preliminary report on the Ethiopian Airlines crash said the pilots followed proper procedures. "But there are several facts that absolutely contradict that conclusion," he said. "The aircraft accelerated throughout the entire flight. The pilots never pulled the throttles back after setting them for full thrust at take-off."

Mr Graves added: "That fundamental error appears to have had a domino effect on events that followed after that.

"The facts in the preliminary reports reveal pilot error as a factor in these tragically fatal accidents. To focus on a single possible cause fails to see the forest for the trees."

He added that he thinks US-trained pilots would have avoided disaster and he remains concerned about the quality of pilot training internationally.

Transportation Committee chairman Peter DeFazio pointed to a lack of documentation about the MCAS in Boeing manuals for pilots, problems with an alert system connected to the system, and its reliance on data from a single sensor, which ended up providing bad data.

These and other issues have "raised questions about the FAA and its certification process. And we've got to get to the bottom of this," Mr DeFazio said.

Boeing acknowledged earlier this month, following a report in the Wall Street Journal, that a cockpit indicator on Max jets, known as an "angle of attack" disagree alert, did not work on most planes because of a software problem.

The alert is supposed to go off if a pair of key sensors have inconsistent readings. But the disagree alert on the Max planes did not work unless airlines paid for a separate, optional indicator, the company said.

The issue is relevant because an angle of attack sensor on each of the crashed planes provided faulty data to the MCAS, and an alert could have provided pilots additional information showing the nature of the crisis they were facing.

Pressed by Representative Angie Craig on whether Boeing had an obligation to tell the FAA about the software problem, Mr Elwell said Boeing engineers followed their procedures by writing a "problem report" without sending it to the FAA because the alert was considered advisory and not a "critical safety display".

Still, Mr Elwell said: "I am not happy with the 13-month gap between finding that anomaly and us finding out about it... We are looking into that, and we will make sure software anomalies are reported more quickly."

Mr Elwell was also asked about a November meeting between Boeing executives and pilots at the Allied Pilots Association. The Washington Post reported last month that some pilots in the meeting were furious they were not told about the automated MCAS, and the Dallas Morning News this week published a recording from that meeting. The Post obtained a copy of the recording on Wednesday. 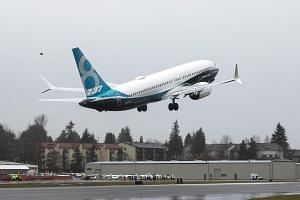 Mr DeFazio cited a Boeing engineer on the tape saying that a pilot might see the MCAS once in a million miles, and "we try not to overload the crews with information that's unnecessary".

Mr DeFazio told Mr Elwell: "Do we really think that was unnecessary? It wasn't in the manual, and they didn't even know about it. There's a lot of stuff in that manual you don't really need to know."

As a former American Airlines pilot himself, Mr Elwell said: "When I first heard about this, I thought that there should have been more text in the manual about the MCAS."

Captain Daniel Carey, the Allied Pilots Association president, said Boeing "did not treat the 737 Max 8 situation like the emergency it was... American Airlines pilots have been pressing Boeing for answers because we owe it to our passengers and the 346 people who lost their lives to do everything we can to prevent another tragedy."

Boeing said in a statement: "We are focused on working with pilots, airlines and global regulators to certify the 737 Max software update and provide additional training and education to safely return the 737 Max to service."

Mr DeFazio said the FAA had been providing documents in connection with his committee's investigation.

"On the other hand, Boeing has yet to provide a single document. I'm hoping they will provide the documents we requested voluntarily, and in the not-too-distant future," he said.

Meanwhile, former pilot and airline executive Stephen Dickson, whom President Donald Trump has nominated to lead the FAA permanently, appeared before a Senate panel to discuss his views on aviation safety and his vision for the agency.

More than a week after the Ethiopian Airlines crash, amid criticism of federal oversight of aviation safety, Mr Trump announced that he planned to nominate Mr Dickson, a former Delta Air Lines pilot and executive, as permanent FAA administrator.

Mr Dickson, 61, who appeared before the Senate Committee on Commerce, Science and Transportation, would take over leadership of the agency as it faces multiple investigations into its process for certifying the 737 Max.

Senator Tom Udall, who met Mr Dickson this week, said: "We cannot stand by and continue to allow important regulatory agencies to get too cosy with the industries that they oversee."

Mr Dickson pledged a thorough examination of the FAA's process for certifying the 737 Max. He said it was important to allow several expert panels looking into the matter to complete their reviews before moving forward on any changes.

But he assured committee members that he would not allow the planes back into the air unless he was absolutely certain they were safe to fly. "I would never re-certify an airplane that I would not put my family on," he said.

He also voiced support for the FAA's Organisation Designation Authorisation programme, which delegates power to a unit inside Boeing, as well as other firms, that is supposed to do much of the detailed work of finding whether the company is complying with minimum safety standards.

Even if the FAA had the resources to do the work themselves, Mr Dickson said that "working with the private sector with proper controls adds safety value".

Mr Dickson's answers were careful and deliberate. Over and over again, he urged the senators not to jump to conclusions about the agency's actions, but pledged to take appropriate action as warranted. While some senators seemed satisfied, others emphasised that he must not give in to bureaucratic inertia.

"The easiest thing to do would be to do nothing," Senator Ted Cruz said. "The natural instincts of any agency is protect itself, protect the status quo and admit no wrongdoing... 346 lives were snuffed out and at least the early evidence suggests that was preventable."

Representatives of the National Transportation Safety Board (NTSB), who also testified, said reports on the crashes are expected from Indonesian authorities by the first anniversary of the crash in October, and from Ethiopian authorities by autumn.

NTSB chairman Robert Sumwalt said that it would be a mistake to dismiss the problems uncovered by the two crashes as revolving primarily around international training standards.

"If an aircraft manufacturer is going to sell airplanes all across the globe, then it's important that pilots who are operating those airplanes in those parts of the globe know how to operate them," Mr Sumwalt said. "Just to say that the US standards are very good - this might be a problem with other parts of the globe - I don't think that's part of the answer. And I hate to use this term, but the airplane has to be trained to the lowest common denominator."