UNITED NATIONS (AP) - UN Secretary-General Antonio Guterres says in a new report on North Korea's grim human rights record that prisoners who tried to escape or steal have reportedly been publicly executed, and detainees have been subject to sexual violence and severely beaten with clubs and metal rods.

The report to the General Assembly, obtained Friday (Aug 2) by The Associated Press, said guards make detainees undress and repeatedly subject them to body searches for money and concealed items. They are interrogated, sometimes for up to a month or longer, and their cells are so overcrowded they can't lie down, it said.

The secretary-general said the UN human rights office received and analysed accounts of North Koreans who had experienced detention, the vast majority of them women who escaped initially to China.

Between September and May, he said, the office interviewed more than 330 individuals who left the country.

The former detainees alleged "gross violations of the rights to life, liberty and security of the person" perpetrated by security officers, Mr Guterres said.

North Korea has repeatedly said it does not violate human rights. In May, the country's ambassador in Geneva, Mr Han Tae Song, said the government made a "devoted effort for the good of the people" and "human rights violations, in whatever form, are intolerable."

But North Korea has refused to give visas to UN human rights officials, except once in 2017 to an investigator who was looking into conditions for the disabled.

Reports received by the human rights office "include cases of sexual violence by prison officials against female detainees, including during invasive body searches," the UN chief said. 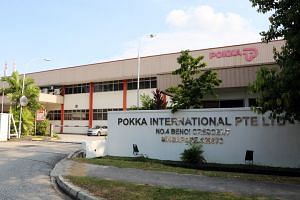 And some guards make detainees sit or kneel all day, "allowing them to stretch their limbs for two minutes every hour, or less."

During pre-trial periods, detainees are provided no access to lawyers, and "accounts reveal that detainees are simply informed of their prison sentences at the end of the investigation, particularly in cases where the accused is sentenced to up to six months in a short-term labour camp," he said.

When trials do take place, Mr Guterres said, detainees can't choose their defence counsel, lawyers present no defence, and there are no acquittals.

"Malnourishment is widespread, with multiple reports of deaths as a result of starvation," Mr Guterres said. "Illnesses such as tuberculosis, hepatitis, typhoid, and pleurisy are reported rife in the prison, and little or no medical care is provided."

The secretary-general said "numerous interviewees reported severe beatings by prison guards, some resulting in the death of prisoners."

Prisoners are forced to work long hours, he added, accidents are frequent, "and there are multiple reports of prisoners dying as a result of work-related accidents."

The secretary-general said arrests, beatings, forced labour, executions and other abuses perpetrated in detention centres and prisons by officers from the Ministry of State Security and Ministry of People's Security "appear to be carried out in a widespread and systematic manner."

He said people in political prisons, ordinary prisons, and detention facilities are all subject to forced labour "in dangerous conditions, without adequate food, access to medical care and living conditions that meet international standards."

"Bribes can be paid to avoid arrest and detention, to mitigate or avoid prison sentences, to avoid beatings, to ameliorate the harshness of the forced labour required, and to secure family visits," he said.