YANGON (AFP) – A United Nations  visit to Myanmar’s conflict-battered Rakhine state was postponed on Thursday (Sept 28), thwarting efforts to reach the epicentre of violence for the first time since the start of a massive exodus of minority Rohingya Muslims.

The United Nations has urged Myanmar to allow humanitarian access to northern parts of Rakhine state since violence erupted in late August, forcing around 480,000 Rohingya Muslims to flee.

On Wednesday, the UN said it had been told its representatives could join a government-steered trip to the area on Thursday – but the visit did not take place.

“The government-organised visit was postponed to next week because of weather conditions,” a spokesman from the Office of the UN Resident Coordinator in Myanmar said, without giving further details.

Access to the area by relief agencies and global media has been heavily controlled by Myanmar’s army and government. 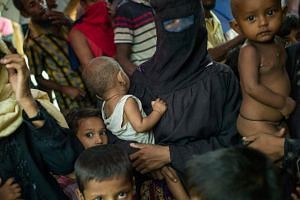 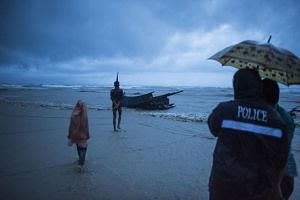 Boat with 130 Rohingya refugees capsizes off Myanmar, children among the dead

That has made it impossible to independently assess the humanitarian situation or allegations of widespread abuses.

Rohingya refugees who have made it to Bangladesh have brought with them multiple accounts of murder and systematic arson of their villages by Myanmar soldiers and mobs of ethnic Rakhine, who are Buddhists.

International aid groups fear tens of thousands of Rohingya Muslims who remain in northern parts of Rakhine are in urgent need of food, medicine and shelter after over a month of military operations.

But foreign aid agencies are receiving hostility across Myanmar – and inside Rakhine in particular – accused by many in the Buddhist-majority country of harbouring a pro-Rohingya bias.

Myanmar had around 1.1 million Rohingya before Aug 25 attacks by militants from the minority group sparked a massive security crackdown.

The number has halved since then.

Rakhine has long been a cauldron of ethnic and religious tensions, but the last five years has seen communal relations plunge to their worst yet.

The UN Security Council is due to meet on the crisis later Thursday.