"When we're behind every single country, trade wars aren't so bad." United States President Donald Trump issued this threat when he said that wanted to rebalance poor trading conditions with other nations.

He has threatened reciprocal taxes "so that we will charge the same things as they charge us".

Many now fear a trade war involving the key trading partners of the US - Canada, China, Mexico and the European Union (EU) - if Mr Trump carries out his promise.

Here's a closer look at the issue.

WHAT IS A TRADE WAR?

A trade war is triggered when one country makes it more difficult for another country to sell its goods through trade barriers such as by imposing higher tariffs or quotas and the latter retaliates in a tit-for-tat move.

Tariffs are taxes or duties placed by a government on certain classes of imported goods.

They are typically imposed on imports and very rarely on exports.

By doing so, a government has another income stream but foreign products become more expensive compared with similar domestically produced ones.

Since foreign goods become more costly, consumers, are likely to turn to domestic products and jobs are saved in the process. In many cases though, it backfires.

- Most favoured nation (MFN) tariffs are rates members of the World Trade Organisation (WTO) promise trade partners who are fellow WTO members unless there is a preferential trade agreement.

- A bound tariff is a commitment made by an individual WTO member and it is the highest MFN tariff level for a particular commodity line.

- An applied tariff, in practice, is typically less than or equal to the bound tariff for any particular product.

WHICH OTHER PRODUCTS ARE LIKELY TO BE HIT?

On March 2, a day after he said he would sign the order imposing tariffs on imports of steel and aluminium, Mr Trump tweeted that the US will be starting to apply reciprocal taxes on its trading partners because it's not fair and "there's no choice".

Based on data from the WTO, China, Mexico and the EU have higher tariffs for items like cars and apparels. If Mr Trump's threat goes through, their exports to the US for similar items will be hit hard.

WHO ARE THE BIGGEST LOSERS IN A TRADE WAR?

Tariffs are a double-edged sword. The move to impose onerous tariffs on a foreign product benefits local manufacturers of a similar product as it means less competition at home. But it spells bad news for other local businesses that rely on the foreign product. 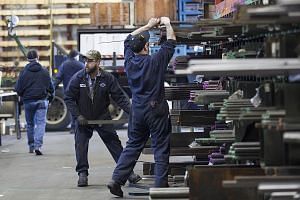 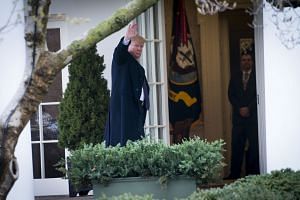 For example, Mr Trump intends to impose a 25 per cent tariff on steel and 10 per cent on alumnium and this will help American steel and aluminium manufacturers, but it raises the costs of doing business for those relying on steel such as automakers, appliance manufacturers and construction companies. Domestic supply alone will not be able to meet rising domestic demand, so these businesses still need to rely on foreign suppliers.

Companies facing higher costs of operation may ultimately pass the cost to consumers who are at the end of the food chain.

WHAT OTHER PUNITIVE MEASURES LOOM?

Expect more friction to come this year with US decisions on investigations into alloy aluminium and technology transfers.

On August 18, 2017, the US Trade Representative initiated an investigation into whether China's laws, policies or practices may harm American intellectual property rights, innovation or technology development.

The decision is expected before the mid-August 2018 deadline.

In November 2017, the US Commerce Departmentbegan looking into the imports of alloy aluminium sheet from China, the the first self-initiated investigation in over 25 years. A decision on this issue has not been made.