Its website boasts its many amenities: It's home to four championship golf courses, a pool with a 38m-long slide and more than 100,000 square feet of event space.

And, in case its name doesn't make this clear, it's owned by United States President Donald Trump.

On Thursday (Oct 17), the White House announced that Mr Trump's Miami hotel would host next year's Group of Seven (G-7) summit - in a move watchdogs groups are expected to quickly scrutinise as a conflict of interest due to the President's opportunity to profit off the event, which will draw leaders from some of the world's biggest economies, as well as their large entourages, journalists and security.

Acting White House chief of staff Mick Mulvaney said on Thursday that the Trump administration considered 10 sites as potential venues for the meetings and determined that "Doral was far away the best physical facility for this meeting".

In recent years, American presidents have hosted such summits at Camp David, a government-owned presidential retreat in Maryland, and at the Sea Island Resort in Georgia.

The Group of Seven was known as the Group of Eight until 2014, when Russia stopped participating in its meetings. Member countries take turns serving as the group's rotating president and thus hosting the group's meetings each year.

Here's where others have recently chosen to host the high-security event.

As the Montreal Gazette reported at the time, one couple's house was close enough to the hotel that they had to pass through a security checkpoint just to get inside their own home. Still, the homeowner, Mr Rosaire Tremblay, seemed content to deal with the increased security for what the small town would get in return: free advertising. 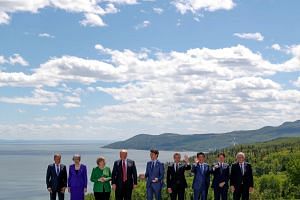 "What's happening here is the best thing that could have happened to La Malbaie," he told the Canadian newspaper. "Look at the beauty here. Wait until the Europeans see this. Journalists will feed these images back. You can't buy advertising like this."

The summit was held at the Manoir Richelieu, a castle-like resort boasting 405 rooms and suites, views of the sprawling river, pools and a golf course.

The town itself is home to less than 10,000 people, but in 2017, Mr Trudeau said his government saw it "as a partnership with the local community" to host the summit there, describing the scenic town as "a magnificent and ideal location in the image of our country".

Italy has hosted one G-8 and one G-7 meeting in the past decade. In July 2009, then-Prime Minister Silvio Berlusconi, who has faced bribery and witness tampering charges, held the G-8 summit in the central Italian city of L'Aquila "to show solidarity with the population" after the region was hit by a severe earthquake that April, according to the Ministry of Foreign Affairs and International Cooperation. 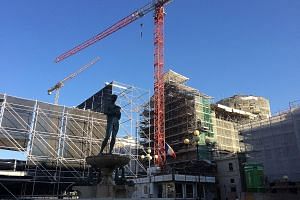 The website went on to describe Taormina as a "fascinating medieval village" that has long "attracted travellers, aristocrats, artists and writers", including German writer Johann Wolfgang von Goethe and American novelist Truman Capote, as well as English King Edward VII and Russian Czar Nicholas I.

Germany brought the G-7 to the picturesque and isolated Schloss Elmau hotel in 2015.

"We want to show our guests a beautiful corner of Germany and we are meeting in such a place - it is an important aspect for the success of these type of summits," Chancellor Angela Merkel said at the time.

Dr Merkel chose the Schloss Elmau both for its remote location and breathtaking views, and for its willingness to address its role in Germany's Nazi era, her office said at the time.

The castle's original builder and owner, a Protestant theologian named Johannes Muller, played a complicated role during Adolf Hitler's rule, according to the hotel's website, at times speaking publicly in support of Germany's Jews but later facing prosecution over claims he had backed Hitler. He eventually lost ownership of the hotel, which briefly served as a sanatorium where Holocaust survivors took sanctuary.

By choosing the castle, which is now a luxury hotel, for the summit, Dr Merkel's office highlighted in a statement that the castle's current owners have chosen to focus on hosting events "that contribute to German-Israeli and German-American understanding", her office said in a statement at the time.

In 2016, Japan hosted the G-7 summit in Ise-Shima, a halfway point between Tokyo and Hiroshima. 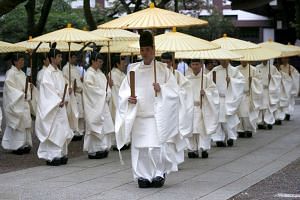 "I imagine you have had the opportunity to enjoy the charms of Japan's heartland areas - beautiful inlets, a wealth of natural beauty, and sumptuous seafood and mountain area food specialties," Prime Minister Shinzo Abe said in his opening statement.

He went on to describe Ise Jingu, a shrine leaders visited during the summit, as a place with a "dignified atmosphere" that offered him a "sobering feeling".

"Ise Jingu has spun a history that extends some 2,000 years, from time immemorial," he said. "There, people have offered up prayers for bountiful harvests, prayers for peace, and prayers for human happiness."

In June 2013, then-British Prime Minister David Cameron designated the remote Lough Erne golf club in Northern Ireland as the location for his G-8 getaway, reportedly in part to try to deter protesters from disrupting the event. The authorities built a metal fence that stretched about 3.2km from the resort in Fermanagh as officials braced for protests in nearby cities.

The location was also in theory supposed to benefit the local economy in Northern Ireland, still beset by economic woes years after a 1998 agreement effectively ended the Troubles, a 30-year period of extreme sectarian violence between Unionists, who favoured keeping Northern Ireland in the United Kingdom, and Nationalists, who wanted Northern Ireland to join the Republic of Ireland.

But according to a 2015 report, commissioned by the Northern Ireland Executive, the summit had "no impact" on local businesses and that less than half of the cost of the summit was spent locally, the BBC reported. On the resort's website, general manager Ferghal Purcell wrote that the G-8 leaders had, for the most part, just been too busy to partake in any of the luxurious perks the resort had to offer.

"Other than Prime Minister Cameron taking a dip in the Lough one morning, they simply didn't have time to enjoy a Thai massage or a round of golf," he said.

The French coastal town of Biarritz is one of France's most popular summer tourist destinations, and in August this year, French President Emmanuel Macron essentially shut down the seaside town to host the G-7 summit there. 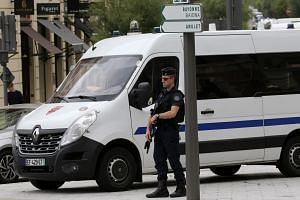 More than 13,000 police and security forces were deployed to ensure security at the meeting, which was held at the Hotel du Palais. The town's airport and train stations were shut down, and the hotel's beachfront location meant even access to a major beach was restricted - in France's August heat.

The Guardian reported that surfers were asked to exit the waters and boats were redirected. The authorities also banned demonstrations, only authorising protests against the summit in other towns. France even set up a special court to deal with demonstrators, earning criticism from watchdog groups like Amnesty International, which warned it could lead to "indiscriminate arrest and fast-track judgments".

Russia never had its chance to host the G-8 in Sochi in June 2014 as planned. Instead, that March, the seven other members changed the location to Brussels, the home of the European Union, after Russia annexed Crimea and incurred the wrath of Western sanctions. 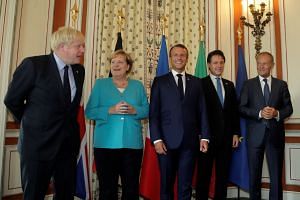 What is the G-7? A quick explainer of the summit

Angered by the snub, Russia in turn declared that it didn't want to come anyway - and the G-8 has been the G-7 ever since.

Russia chose Sochi in large part because it was conveniently already being upgraded to host the 2014 Olympic Winter Games.

"The infrastructure being created in Sochi for the Olympic Games is practically ready and meets those requirements (for the G-8 summit)."