WASHINGTON (BLOOMBERG) - President Donald Trump wants to move ahead with a plan to impose tariffs on US$200 billion (S$270 billion) in Chinese imports as soon as a public-comment period concludes next week, according to six people familiar with the matter.

Companies and members of the public have until Sept 6 to submit comments on the proposed duties, which cover everything from selfie sticks to semiconductors.

The president plans to impose the tariffs once that deadline passes, according to the people familiar with the matter, who spoke on condition of anonymity because the discussions are not public.

US stocks fell on the news.

Some of the people cautioned that Trump has not made his final decision, and it is possible the administration may enact the duties in installments.

The US has so far imposed levies of US$50 billion in Chinese goods, with Beijing retaliating in kind.

It's also possible the president could announce the tariffs next week, but say they will take effect at a later date. 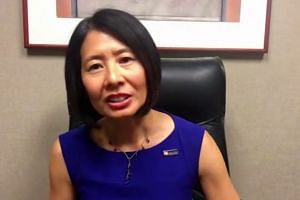 The Trump administration waited about three weeks after announcing in mid-June that it was imposing tariffs on US$34 billion of Chinese goods before they were implemented.

The next stage of tariffs on US$16 billion of goods took hold in August.

The imposition of the US$200 billion tranche is the biggest so far and would mark a major escalation in the trade war between the world's two largest economies and is likely to further unnerve financial markets that have been concerned about the growing tensions.

China has threatened to retaliate by slapping duties on US$60 billion of US goods.

Trump's plan to bring down his biggest hit yet on China comes as two-way trade talks show little signs of progress.

Discussions between US and Chinese officials last week in Washington yielded few results, thwarting hopes for a quick deal.