WASHINGTON (REUTERS) - The Air Force general picked by President Donald Trump to become the second-highest ranking US military officer on Tuesday (July 30) vehemently denied sexual assault allegations against him at his confirmati onhearing, and received a strong endorsement from a senator who said she was raped while serving in the military.

"All of the allegations are completely false," General John Hyten, nominated to become vice-chairman of the military's Joint Chiefs of Staff, said in dramatic testimony to the Senate Armed Services Committee, adding that "nothing happened, ever."

His accuser, Army Colonel Kathryn Spletstoser, sat quietly in the room during the hearing, afterwards telling reporters that Hyten had lied to the senators under oath.

Hyten's nomination has posed a challenge to the Senate, which for years has criticised the military for failing to do enough to combat sexual assault in its ranks.

An official Air Force investigation did not substantiate the accusations against Hyten.

Several lawmakers concluded after hearing from both Hyten and Spletstoser that the nominee had been falsely accused. 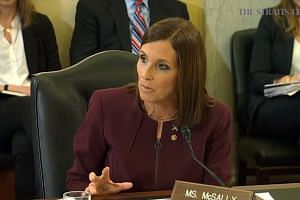 "The truth is that General Hyten is innocent of these charges," said Republican Senator Martha McSally, the first female combat pilot in the Air Force.

"Sexual assault happens in the military. It just didn't happen in this case," added McSally, who this year revealed she had been raped by a superior officer while in the military.

Spletstoser has accused Hyten of engaging in unwanted kissing, touching as well as rubbing up against her.

"The bottom line is he lied about sexually assaulting me. He did it. He did it multiple times," Spletstoser told reporters.

Heather Wilson, who served as Air Force secretary until stepping down this year, made a surprise appearance at the hearing, introducing Hyten by declaring he had been falsely accused.

Sexual assault and harassment in the US military is largely under-reported and the official statistics show the problem is worsening.

The Defence Department estimated in May that the number of sexual assaults climbed nearly 38 per cent in 2018 compared with a survey two years earlier, data that critics have said laid bare broken Pentagon promises of a crackdown.

The Pentagon said there were 6,053 reports of sexual assaults last year, the highest since the US military began collecting this kind of survey data in 2004.

'SCOURGE ON OUR MILITARY'

Hyten said he would back reforms to address sexual assault within the armed forces, saying: "It is a scourge on our military."

Hyten said he was not a expert on the issue, which dominated his confirmation hearing. 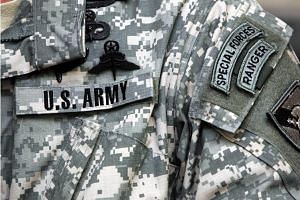 Number of complaints over sexual offences in Canada's military up 22 per cent: Report

Republican Senator Joni Ernst, an Army veteran who said she was raped in college, raised concerns about Hyten's response to complaints of Spletstoser's "toxic leadership" while she was at Strategic Command.

Specifically, Ernst said she was concerned that Hyten did not take sufficient action against Spletstoser until questions were raised about his own leadership.

"This leaves me with concerns about your judgment and ability to lead in one of the highest positions in the US military," Ernst said.

Still, many lawmakers rallied to defend Hyten, the outgoing commander of the US military's Strategic Command, which would oversee a nuclear conflict.

Senator Jim Inhofe, the Republican chairman of the committee, criticised the news media for publishing details of Spletstoser's accusations "with little regard for the truth."

Inhofe said his committee had exhaustively looked into the allegations, holding five executive sessions, studying more than 1,000 pages of investigative records and reviewing statements from more than 50 witnesses.