WASHINGTON - The Trump administration is using the country's vast and nearly opaque immigration bureaucracy to constrict the flow of foreign workers into the United States by throwing up new roadblocks to limit legal arrivals.

The government is denying more work visas, asking applicants to provide additional information and delaying approvals more frequently than just a year earlier. Hospitals, hotels, technology companies and other businesses say they are now struggling to fill jobs with the foreign workers they need.

With foreign hires missing, the employees who remain are being forced to pick up the slack. Seasonal industries like hotels and landscaping are having to turn down customers or provide fewer services. Corporate executives worry about the long-term effect of losing talented engineers and programmers to countries like Canada that are laying out the welcome mat for skilled foreigners.

At Northwell Health's pathology lab on Long Island, a new doctor's cubicle stands empty, her computer and microscope untouched. Other residents started on July 1, but she is stuck in India's Punjab state, held up by unexplained delays in her visa.

"There have been delays in processing that we have not felt before," said Dr Andrew C. Yacht, chief academic officer at Northwell, which includes Lenox Hill Hospital in Manhattan and North Shore University Hospital in Manhasset, New York.

In April 2017, President Donald Trump signed a "Buy American and Hire American" executive order, directing government officials to "rigorously enforce" immigration laws. The order did not get the kind of attention that followed the administration's decision to separate families at the Mexican border this summer.

A few months later, the President endorsed legislation that would cut legal immigration by half. The Bill was introduced by two Republican senators, Mr Tom Cotton of Arkansas and Mr David Perdue of Georgia. But Republican leaders in Congress have not advanced it.

Some lawmakers say Mr Trump is using administrative means to reshape immigration policy because those changes have stalled on Capitol Hill.

"If they want to have a proposal on immigration, they should send it to Congress," said Representative Ro Khanna, a Democrat whose district includes parts of Silicon Valley. "The administration should engage in that conversation. To unilaterally and without any accountability change what Congress has authorised is not democratic."

In practice, businesses say the increased red tape has made it harder to secure employment-based visas. That has added to the difficulty of finding qualified workers with the unemployment rate falling to 3.9 per cent.

A recent analysis of government data by the National Foundation for American Policy, a nonpartisan research group, found that the denial rate for H-1B visa petitions for skilled foreign workers had increased by 41 per cent in the last three months of the 2017 fiscal year, compared with the third quarter. Government requests for additional information for applications doubled in the fourth quarter, a few months after Mr Trump issued his order.

That goes for high-skilled immigrants and low-skilled workers, said Ms Francine D. Blau, an economist at Cornell. The latter will be vital in fields like eldercare and child care, as well as construction and cleaning.

"A lot of our labour-force growth comes from immigrants and their children," Ms Blau said. "Without them, we'd suffer the problems associated with countries with an ageing population, like Japan."

The Business Roundtable, a group of corporate leaders, recently challenged the Trump administration over changes that it says threaten the livelihoods of thousands of skilled foreign workers, and economic growth and competitiveness.

In a statement, US Citizenship and Immigration Services said the administration was "relentlessly pursuing necessary immigration reforms that move toward a merit-based system".

It added that all petitions and applications were handled "fairly, efficiently, and effectively on a case-by-case basis".

The H-1B programme, which was created to bring in foreigners with skills that business leaders argued would strengthen the economy, has long been a target for some politicians. The visa programme has been criticised because corporations have exploited it to replace US workers.

Still, many economists say H-1B holders are valuable. Immigrants file patents at twice the rate of native-born Americans, and start about 25 per cent of high-tech companies in the United States.

"There's absolutely no research that supports the idea that cutting legal immigration is good for the economy," said Mr Ethan Lewis, a Dartmouth economist. 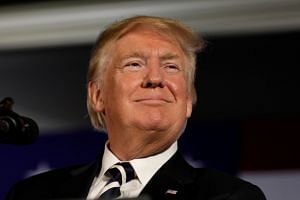 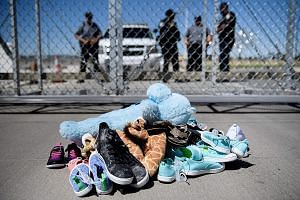 Do not mistake Trump's motives on immigration

Hospitals, in particular, argue that they need foreign doctors who are more willing than native-born Americans to take jobs in less glamorous and lower-paying fields, like internal and family medicine. Of Northwell's 1,826 resident doctors, 165 came in under H1-B or J-1 student visas.

Nearly one-third of pathology residents come from other countries, according to the National Resident Matching Programme. But the number of overseas applicants in all specialities has dropped for two years in a row.

"The administration's policies are having a chilling effect on the interest of international medical graduates coming to the United States to train," said Ms Mona M. Signer, chief executive of the matching programme.

The missing Indian pathologist's workload at Northwell has been spread among 11 residents, lengthening the time they are on call.

"Our nation's ability to care for patients is dependent on international medical graduates," Dr Yacht said.

The effect of lower-skilled immigrants is more debatable. Mr George J. Borjas, a Harvard economist, has found that an influx of such workers reduced the incomes of people without a high school degree between 3 and 5 per cent.

Mr Giovanni Peri, an economist at the University of California, Davis, agrees that individual workers can be hurt by competition from lower-paid foreigners. But he said the overall effect on wages was modest. Immigration also tends to bolster the incomes of college-educated Americans.

Mr Peri points to what happened when the government deported between 400,000 and 500,000 Mexicans between 1929 and 1934, most of whom worked in agriculture and construction. With fewer people to work the fields, farm owners and agricultural businesses cut administrative, sales and clerical jobs because there was not enough to do.

"Out of eight or 10 positions held by Mexicans, maybe one or two were taken by Americans," Mr Peri said. "The rest disappeared."

Mr Rob Hurst is not concerned with the macroeconomics of immigration. He is just struggling to keep bathrooms clean.

This summer, he has found himself on his hands and knees scrubbing toilets and tubs at Edgartown Commons, a hotel he manages on Martha's Vineyard in Massachusetts. Five Jamaican workers who had long worked at the property failed to get H-2B seasonal-work visas.

"I'm 65 years old, but you got to do what you got to do," he said. "We did hire contract workers, but it's never going to be as good as people with years of experience."

In the past, returning H-2B visa workers were not counted against the programme's annual cap of 66,000. Congress declined to renew that exemption in December 2016.

Foreign workers are also growing frustrated about the clampdown on visas and rising anti-immigrant sentiment.

Mr Uday Verma is leaving after 12 years in Iowa, time he spent earning a graduate degree in computer science and working for a technology company.

Mr Verma, 37, who emigrated from India, has repeatedly renewed his H-1B visa while waiting fruitlessly for permanent resident status - also known as a green card. Had he been successful, he could have easily switched employers or started his own business.

"I can't make a plan here," Mr Verma said. "You're perpetually in this state of limbo. It just doesn't make sense anymore to stay here and keep pursuing this American dream." Mr Verma, his wife and their nine-year-old son plan to be living in Toronto by the time their US visas expire in the second week of September.

He is taking advantage of the Global Talent Stream initiative the Canadian government started last year. It lets companies in innovative fields, like artificial intelligence, quickly secure visas for workers with vital skills.

With experience with AI programming tools, Mr Verma got a visa in two weeks, and could become a permanent resident in six months or so.

His employer, Kira Systems, makes software that reads and analyses legal contracts. The company has more than doubled its employment in the past year, to 115 people. Mr Noah Waisberg, a co-founder and the chief executive, said half of Kira's technical staff was from China, India, Russia and other countries.

Canada has long welcomed immigrants. "But that is even more so relative to the United States, given the climate in America now," Mr Waisberg said. "It's certainly helped us recruit."

Mr Trump's "hire American" push is helping some domestic businesses. One of those is Nexient, which provides software services and competes with firms in India and elsewhere.

"You still have to win the business, but it has been an accelerator for us," he said.

Nexient is based in Newark, California, but its programmers are mainly in Michigan and Indiana. The start-up employs more than 500 people, up from 400 last year.

About 10 per cent of Nexient's employees have H-1B visas, typically engineers who have mastered old software systems and other niche technologies in corporate data centres.

Those foreign workers are fielding more government requests for information and waiting longer for visa renewals, Mr Orttung said. "It adds a great deal of uncertainty to the lives of some of our employees."