WASHINGTON (AFP) - President Donald Trump on Friday (Feb 1) cheered the "great news" that Taiwanese electronics giant Foxconn said it was going ahead with plans for a major factory in Wisconsin.

The company announced that following a conversation between Trump and Foxconn chief Terry Gou, it was "moving forward with our planned construction of a Gen 6 fab facility".

It was a reversal from news earlier this week that the company was scaling back its plans to open a factory and create manufacturing jobs.

"Great news on Foxconn in Wisconsin after my conversation with Terry Gou!" Trump tweeted.

The reports that plans were being scaled back were a blow to the administration since Trump had publicly claimed credit for the investment, which was backed by US$4 billion (S$5.4 billion) in controversial local tax breaks.

Foxconn, which makes devices and components for a host of major tech firms including Apple, had planned to build a factory producing LCD flat screen televisions and create around 13,000 jobs.

Trump bragged about the plan and appeared alongside Gou at a ground-breaking ceremony last summer wielding golden shovels.

The company previously said the changing global economic climate - roiled by Trump's trade war with China where Foxconn has most of its assembly lines - prompted it to revise its original plans.

But the firm now says it is going ahead after "productive discussions between the White House and the company, and after a personal conversation between President Donald J. Trump and Chairman Terry Gou," according to the statement, which was published on Friday in media reports.

"This campus will serve both as an advanced manufacturing facility as well as a hub of high technology innovation for the region."

Foxconn said the decision was also based on a "comprehensive and systematic evaluation to help determine the best fit for our Wisconsin project." 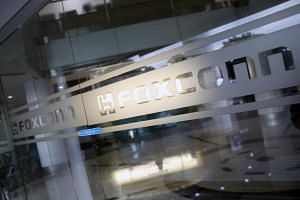 It did not provide details on employment or products, although it said it intended to "broaden our investment across Wisconsin far beyond our original plans".

Speaking to thousands of Foxconn employees at a Chinese New Year carnival in Taipei on Saturday, Gou said investing in the US "is undoubtedly a right decision and fits with future economic trends".

Gou, who described the ongoing US-China trade war as a "major concern", said he had spoken with Trump by phone on Friday night.

"US President Trump... shared with me the progress on the US-China trade negotiations and said it is going smoothly, and there will be a deal soon," Gou said.

Media reports earlier this week quoted Louis Woo, an assistant to Gou, suggesting the company might scrap the flat screen factory in favour of hiring more high-skilled engineers for research and development - a move that would lead to far fewer blue-collar jobs and run counter to Trump's promises.

Foxconn, officially known as Hon Hai Precision Industry, is the world's largest contract-electronics manufacturer and assembles most of its products in China, leaving it acutely vulnerable to Trump's tariffs.