In a signed letter addressed to Mr Kim, President Trump wrote: "Sadly, based on the tremendous anger and open hostility displayed in your most recent statement, I feel it is inappropriate, at this time, to have this long-planned meeting."

"Please let this letter serve to represent that the Singapore summit, for the good of both parties, but to the detriment of the world, will not take place," he wrote.

"This missed opportunity is truly a sad moment in history," he wrote. But importantly the letter also said: "Some day, I look very much forward to meeting you."

"If you change your mind having to do with this most important summit, please do not hesitate to call me or write."

Analysts said this seemed to indicate the summit may ​not necessarily be off the table. ​Speaking minutes after the release of the letter, Secretary of State Mike Pompeo told a Congressional hearing: "​I ​ am hopeful that we can continue to have conversations and have this back on track."

Singapore's Ministry of Foreign Affairs says it "regrets" the cancellation of the summit, adding that it "hopes that the dialogue and efforts to find lasting peace and stability on the Korean Peninsula will continue".

South Korean President Moon Jae In, who convened an emergency meeting with top aides at late night, expressed "deep regret" over the cancellation of the summit, but urged that "denuclearisation should not be delayed".

The abrupt cancellation did not really surprise Korea watchers sceptical that both countries were on the same page on the US's demand of complete, verifiable and irreversible denuclearisation in North Korea.

Mr Trump himself in recent days had left the question of the summit taking place open, saying "we'll see". Uncertainty had grown in the wake of the North Korean statements referred to in his letter.

A top North Korean diplomat on Thursday in response to suggestions from the Trump administration that Mr Kim risked the fate of toppled Libyan dictator Muammar Gaddafi if he did not make a deal, targeted Vice-President Mike Pence, who had echoed earlier comments by Mr Trump and his National Security Advisor John Bolton.

"I cannot suppress my surprise at such ignorant and stupid remarks gushing out from the mouth of the US vice-president," said Ms Choe Son Hui, vice-minister of foreign affairs, according to a statement released by the state-run Korean Central News Agency.

"We will neither beg the US for dialogue nor take the trouble to persuade them if they do not want to sit together with us," Ms Choe said.

"Whether the US will meet us at a meeting room or encounter us at nuclear-to-nuclear showdown is entirely dependent upon the decision and behaviour of the United States."

In China, Professor Jia Qingguo, Dean of the School of International Studies at Peking University, told The Straits Times China would regret the cancellation of the summit, but "it is expected because the differences between the two sides are relatively great".

"In order for the North Koreans to give up its weapons, it needs to give some benefits in return. But this has not been clarified. Neither has the US communicated with other parties to reach a consensus on this."

The US would now increase pressure on North Korea, he predicted. "The US cannot tolerate a nuclear-armed North Korea. The US could demand that other countries stiffen their posture. It could also intensify its joint military exercises with South Korea."

"It looks like this is what the North Koreans really wanted," she said. "Maybe they realised they had put too much on the table, they were giving away too much." 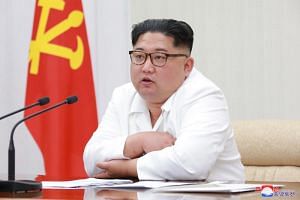 Singapore summit cancellation a slap in the face for Kim Jong Un: Analyst 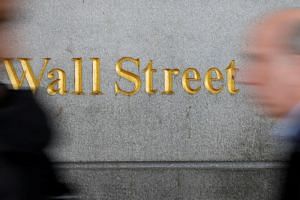 How tensions escalated: The more the US said 'Libya', the angrier North Korea got

Trump-Kim summit cancelled: A surprise non-meeting, from start to finish

Dr Sue Mi Terry, Senior Fellow at the Korea Chair at the Centre for Strategic and International Studies (CSIS), said on MSNBC: "Complete, verifiable and irreversible denuclearisation was going to be a long shot anyway."

Republican Senator Tom Cotton in a statement said "North Korea has a long history of demanding concessions. I commend the President for seeing through Kim Jong Un's fraud. The maximum pressure campaign must continue."

Former top diplomat Christopher Hill, calling in to MSNBC, said the dialogue with North Korea should have been started in a more calibrated manner than at the top level with Mr Pompeo visiting Pyongyang and meeting Mr Kim.

Also, Mr Bolton's citing of the "Libya model" - in which the Libyan leader gave up his nuclear programme but later was killed in an uprising against his rule supported by western powers - had been ill advised.

"John Bolton is not stupid, he had a purpose and the purpose was essentially to threaten the North Koreans," Mr Hill said. "They don't mind issuing threats of their own but they don't like being threatened by others."

Analysts however downplayed the danger of a return to pre-summit hostility. North Korea may not necessarily return to testing its nuclear devices and missiles, Dr Terry said.

"We're not close to a dangerous time yet, so we need to take a deep breath," Dr Hwang said. "In 2012 North Korea sank a South Korea ship killing over 100 sailors; we are not close to that kind of thing yet."

Mr Trump's letter comes as North Korea announced it has demolished its Punggye-ri nuclear weapons test site earlier in the day in a sign that the isolated state had been willing to embark on a diplomatic journey with the US despite the tensions.

Although the dismantling of the Punggye-ri site was witnessed by a select group of journalists, its shutdown was not independently verified by experts.

The United Nations and Britain have expressed disappointment in the turn of events with the US move.

“We need to see an agreement that can bring about the completely verifiable and irreversible denuclearisation of the Korean peninsula and we will continue to work with our partners to this end,” a spokesman for British Prime Minister Theresa May told reporters.