WASHINGTON (AFP) - US President Donald Trump's administration on Monday (Aug 12) finalised rollbacks to key provisions of the Endangered Species Act, a law supported by a large majority of Americans and credited with saving the gray wolf, bald eagle and grizzly bear.

The changes include removing a rule that automatically conveys the same protections to threatened species and endangered species, and striking language that says economic considerations should play no part in making determinations on how wildlife is listed.

In a statement characterising the amendments as "improvements," Interior Secretary David Bernhardt said: "The best way to uphold the Endangered Species Act is to do everything we can to ensure it remains effective in achieving its ultimate goal - recovery of our rarest species.

"An effectively administered Act ensures more resources can go where they will do the most good: on-the-ground conservation," added the former oil and gas lobbyist.

"The revisions finalised with this rulemaking fit squarely within the president's mandate of easing the regulatory burden on the American public, without sacrificing our species' protection and recovery goals," said Commerce Secretary Wilbur Ross.

Conservation groups reacted in dismay, saying the rollbacks would pave the way for the gradual destruction of a listed species' habitat as long as each individual step was sufficiently modest. 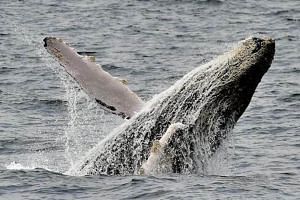 US proposes rollback of endangered species protections despite widespread support

"This effort to gut protections for endangered and threatened species has the same two features of most Trump administration actions: it's a gift to industry, and it's illegal," said Drew Caputo of non-profit Earthjustice. "We'll see the Trump administration in court."

Species like the gray wolf saw their population decimated in the early 20th century, but staged a remarkable comeback thanks to the law - which was signed by former Republican president Richard Nixon in 1973 - and are now legally hunted in the Northern Rockies.

A 2018 paper published in the journal Conservation Letters found that about four in five Americans support the act, while one in 10 oppose it and support for the law has remained stable over the past two decades.

Since taking office, the Trump administration has targeted more than 80 environmental and health regulations in the name of easing regulatory burdens on business.

Environmentalists have fought back with lawsuits, and some rollbacks have later been reinstated.